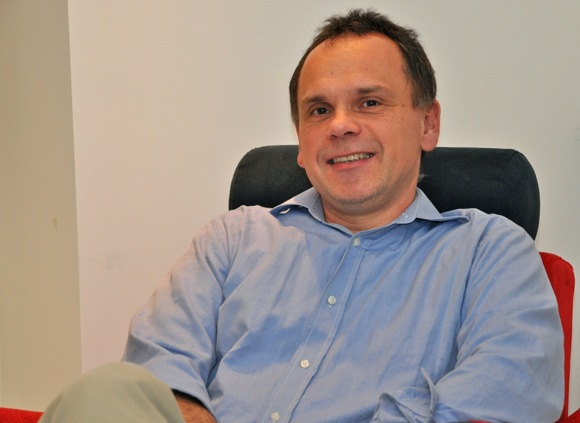 You’ve probably noticed. There’s a ton of online games and activities for boys. Less so for girls. Menlo Park resident Stefan Petry, co-founder of Always Ice Cream, is trying to change that.

The interactive educational game site is for girls age seven to 12. They earn virtual ice cream scoops in exchange for practicing math, science, English, Spanish, typing and more. With the virtual ice cream currency “in hand,” they can move on to fun activities, such as purchasing furniture and creating artwork to decorate their online homes or feed their virtual pets.

“We decided early on to be gender specific – it’s appealing to girls to have their own space and appealing to parents,” says Stefan.

Stefan is the father of one son, but co-founder Johannes Ziegler has three girls in the site’s age range. That makes in-house product testing easy.

Always IceCream launched earlier this year and recently introduced gift memberships. The site is free of advertising, but charges a subscription fee of $3.99 per month after a two hour free trial. Until the end of this year, Always Ice Cream offers a holiday special that costs only $23.99 for a membership valid until May 1, 2012 (less than $1.50 per month).

The site has been certified by the Privo Privacy Insurance Program to comply with or exceed the requirements of the Children’s Online Protection Act.  “We also make a big effort to keep parents involved, providing updates about what their daughters are doing on the site,” says Stefan. “Concerned parents are actually the ones most interested in what we’re offering.”

Stefan came to California from Germany to attend Stanford’s Graduate School of Engineering – and stayed. He’s lived in Menlo Park since 2002. “Menlo Park is a convenient location,” he says. “And we really like the Allied Arts neighborhood – it’s close to downtown and really family oriented.”