Stephen Miller: An eye for pattern, design and antique rugs 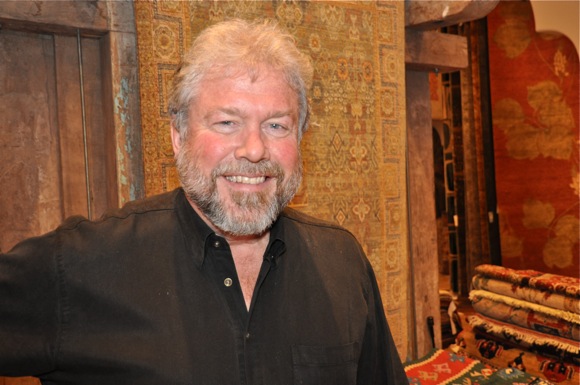 Stephen Miller considers himself an old-fashioned rug dealer. “I’m a dinosaur. I deal with old rugs, tribal rugs. Ten years ago only 25% of the handmade rugs were sold by people like me.”

Stephen’s retail space has been in downtown Menlo Park since 1991. But he’s been in the business for almost 35 years. “I opened my first store when I was 24. Turns out I have a good memory for pattern and color. I’m much better at remembering rugs than I am lines of poetry and other academic pursuits.”

He’s been in his current location at the corner of Crane and Santa Cruz Ave. since 2001. He’d outgrown his space down the street, and business was booming. “It will all go, go, go,” he recalls. “There was so much business that clients would walk out the door. It never occurred to me that it was a blip.” 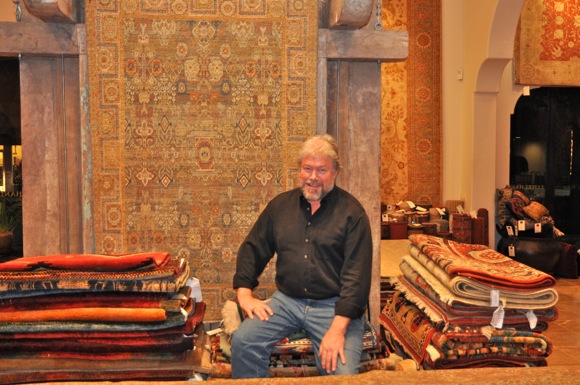 He’s since weathered two downturns but still relishes the expanded space that allows a real showcase for his rugs. He stocks the same caliber of rugs that are found in interior design showrooms and has a mix of individual customers and interior designers.

He recognizes that people feel intimidated about buying rugs, worrying that lack of knowledge may put them at disadvantage. “Especially around here, everyone wants to be masters of what they’re doing,” he says. “But the beautiful thing about rugs is that you can touch them and soak in the colors and patterns. The value I bring is finding the right pieces and bringing collections together.”