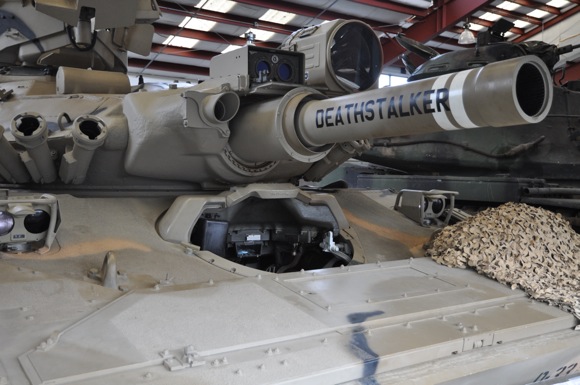 Hard to say what’s the most intriguing – that a large Smithsonian museum quality collection resides minutes from downtown Menlo Park or that the collection actually has the firepower to level the Mid-Peninsula! 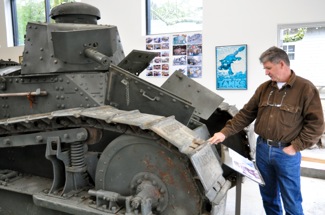 The largest private collection of armored military vehicles, assembled by Jacques Littlefield who died two years ago, resides in a series of custom built, football field size warehouses on multiple acres in the hills of Portola Valley. Bill Boller, president of the Military Vehicle Technology Foundation, which maintains and oversees the collection, was our tour guide. (He’s shown with the oldest tank in the collection, an M1917 Renault). 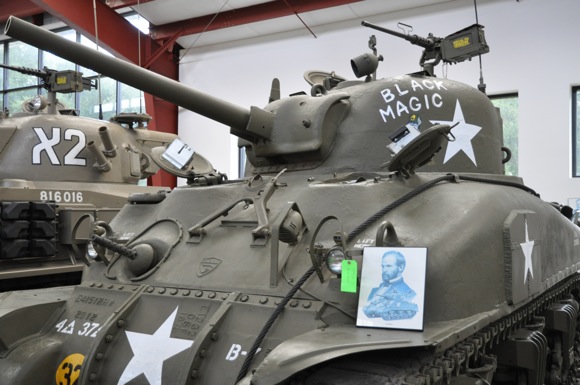 “As the Cold War ended, there was a unique window in history to assemble the collection,” explained Bill. “You had an opportunity to preserve things that would have otherwise been turned into scrap.

“Jacques had always been interested in tanks. He started building plastic models when he was a child and constructed a remote control tank model when he was at Stanford.

“His interest focused on the mechanics and design. From his perspective, tanks represented opportunities to solve technically interesting mechanical problems in different ways.” 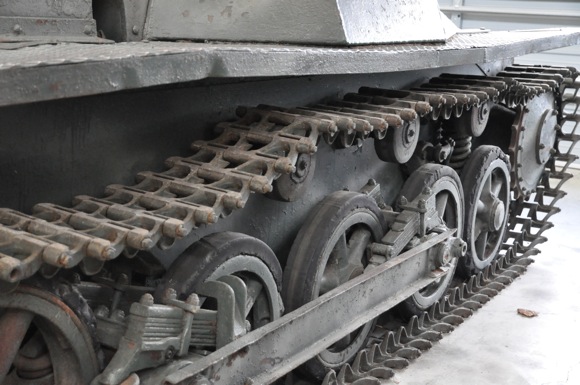 The collection, which Littlefield began amassing in in the early 80s, now numbers 275 pieces. Sixty are technically tanks, which come from all over the world and span almost a century. Also included are armored personnel carriers, tank destroyers, reconnaisance vehicles and self-propelled artillery. The restored vehicles are on display, with others stored while awaiting future restoration.

“For a while, Jacques was adding a new vehicle a week,” said Bill. “He knew he’d arrived when dealers started coming to him.” 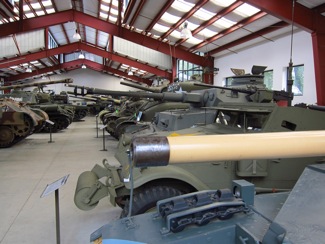 Bill met Jacques at Hewlett Packard. “We worked together for five years, at the end of which I was technically his boss. We found out we had a lot in common, a love of all things mechanical. We would hunt together, ski together, I got him involved in trains. (There’s an amazing model railroad on the property also.)

“When he left HP, we still did a lot of things together. After he started collecting tanks and formed the Foundation, I joined the board and was elected President. I was retired and not looking for a job and had no intention of doing this ongoing.”

Bill is now working with the Board to put a plan together that will guarantee the preservation of the collection in pepertuity and also make it more accessible to the public.

“Currently we get about 4,000 visitors a year. We’d like to expand that to 100,000 and hope to have an announcement in the next few months.”

Tours of the collection are lead by docents, who also help maintain the vehicles. “They all people with tremendous knowledge and dedication,” said Bill. To visit the collection, contact the Foundation.