What’s happening in Menlo on this sunny Sunday 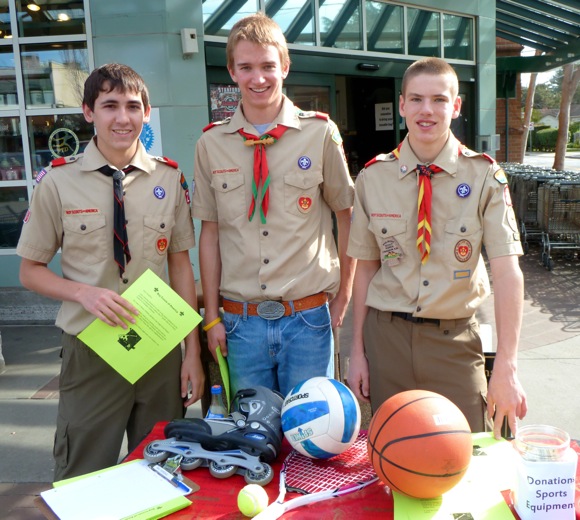 With more spring -like temps, it’s another day to be outdoors. Here are some of the people we spotted enjoying the sunshine, even while they worked.

Henry Osborn, pictured above far left, was stationed outside Draeger’s along with a couple of other Scouts working on his Eagle Scout project. He’s collecting donations to buy sports equipment for the children of migrant farm workers, a 2nd grade glass at La Gloria School in Gonzales, CA. He reports that he’s made good progress from the local Cub Scout Den, BSA Troop 206, and his Allied Arts neighborhood. 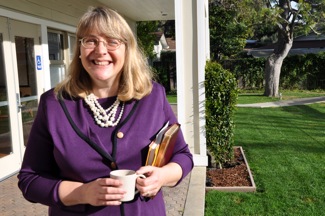 Best-selling author (Christianity for the Rest of Us – 2006) and scholar Diana Butler Bass, who specializes in American religion and culture, was at Trinity Church this weekend. This morning she talked to members of the congregation about the state of religion today at the Forum and preached at the 10:00. She asserted that conventional thinking about religion – that you first believe, then behave and finally belong – is upside down thinking. “That’s not Biblical,” she said. “You don’t have to believe anything to belong, all you have to have to do is hear the call, ‘follow me.’ To be a Christian today is to get the order right – belonging, behaving and believing.” 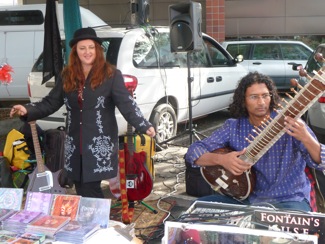 Menlo Park farmers market was bustling this morning, with many vendors seeing lines of customers to buy their goods. From one end of the market to other, could be heard the music of Fontain’s M.U.S.E., described as “psychedelic, exotic grooves, world tribe, raga rock, infectious dance beats, spicy vocals in many tongues, sitars, guitars, percussion.” The husband/wife duo are based in the South Bay and have been performing together since 1996.