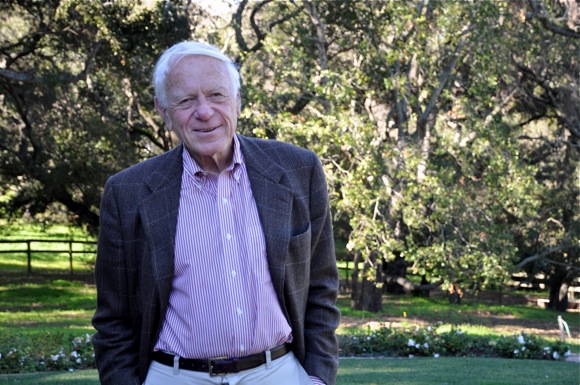 As both clinician and researcher, Dr. Walter Bortz II has long promoted fitness as a way to live a longer, healthier life. It’s something he practices as well as preaches: The Portola Valley resident has run 40 marathons in his 80 years and plans to participate in the San Francisco Marathon this summer.

“What most people think of as aging is actually disuse,” says Wally, as he is known locally. “If you’re going to be good when you’re old, you need to be fit. Fitness is a 30-year biological offset. I’m like an unfit 50 year old.” 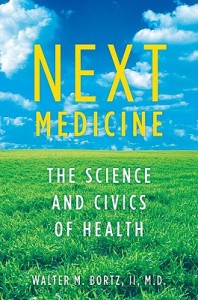 Already nationally recognized as an expert on aging and longevity, and the author of six books that focus on how we can all “dare to be 100,” he has now turned his attention to another kind of illness — the ailing American health care system. Wally sees his new book, Next Medicine: The Science and Civics of Health, as first, a lament of the current system and, second,  a prescription for change.

“To make a revolution work, there needs to be a general consensus that something is bad,” Wally says. “And there must be a replacement paradigm. My book says that neither has been achieved until now.”

He proposes a medical system that emphasizes personal responsibility and provides incentives for healthy lifestyle choices, along with new training for medical professionals. In conjunction with the book’s release, the author/doctor and always-engaging speaker, is appearing at Kepler’s  on Wednesday, Feb. 9 at 7:00 pm.

“We’re starting the conversation,” Wally says, “Obama’s health care bill was a baby step, but it’s not nearly enough. I argue that the replacement paradigm is here — it’s the science of health.”

Got your website from a friend (Jym Clendenin). I once entered the San Francisco marathon with him in the 1980’s. I’m currently 69 and still active in jogging and biking. I had a heart attack and quadruple bypass when I was 61. This has been attributed to “family history”, not to a poor life-style.

Since then, my doctor says I’m doing very well, and he says exercise is good.
My doctor should listen to his own advice. He is over-weight. So it seems that indeed the medical profession should set an example in making wiser life-choices.

As to aging, I watch the extreme exertion my son puts into his workouts, and I can’t imagine doing the same. But then, my age-adjusted-maximum-heart-rate is 45 less than his!!!

Still, your goal to run a marathon at age 100 is an inspiration.