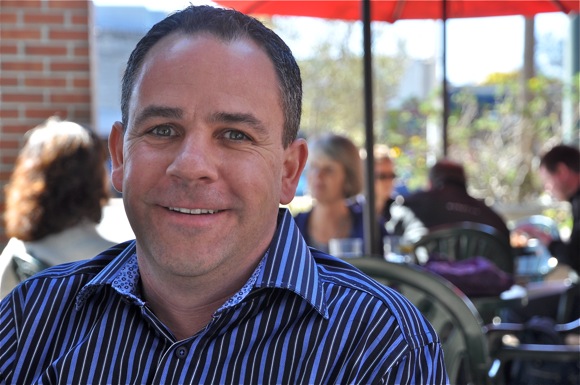 Facebook may bring jobs – and traffic – to Menlo Park, as well as a revitalization of the adjacent Belle Haven neighborhood. It’s also likely to have an effect on the local real estate market, according to broker Billy McNair.

“I think it will cause a significant peak in demand,” he told InMenlo yesterday, the day after the social networking company confirmed its move to Menlo Park beginning in June. “There are two potential impacts. The first is among employees who are current homeowners. They may live in San Jose or Morgan Hill and didn’t want to put their house on the market until they knew for sure where the permanent headquarters was going to be located. Now they do. The location at the end of Willow Road may impact their commute. The Palo Alto location was primarily a 280 commute, now it’s a 101 commute.

“The second group is first time home buyers who, even before an IPO, are already converting equity to cash, thanks to Facebook stock that’s actively traded on the secondary market. Many of them will want to buy locally, driven partly by Menlo Park’s highly-rated school district.”

Billy first weighed in on what he calls the “Facebook effect” in an article titled Will Status Updates & Facebook Friends Increase the Value of Your Home? sent out via email on Feb. 1.  In it, he proffered that we only need to look back seven years to the Google IPO. He writes: “When you compare the periods before and after the Google IPO in 2004, we saw increased sales volume and the average sales price rose 15.6%. While I’m certainly not implying that Google was the sole factor in the increase of the average sales price, it was absolutely a catalyst with a major impact.

“There simply were not a number of other positive economic drivers at the time that we can point to as contributors to that sort of appreciation and activity. The Nasdaq fluctuated but was generally flat for much of 2004 and early 2005, and the overall U.S. economy saw only modest growth during the period.

“The Google IPO certainly had an impact on our micro market and, while the percentage increase will be smaller this time around, I would expect that Facebook will have a meaningful impact on our local real estate market over the next 12 to 24 months.”

Billy, who grew up locally, attending St. Joseph’s and Menlo School before heading south to UCLA, started the McNair Group, part of Coldwell Banker, in 2008. After getting a JD and MBA from Santa Clara University, he worked at Pricewaterhouse Coopers and then as executive at a couple of Internet startups. He got his brokers license more for his personal use as he was developing some properties, but became drawn to the field, which he felt was ripe for innovation.

Most of his marketing efforts are digital rather than print, and yes, he uses Facebook. “I post information of interest – the kind that spurs interactive dialogue – on the McNair Group Facebook page six to eight times a week,” he says. “I’m a proponent of using the channels people are using to communicate with each other. And Facebook is certainly one of them!”