John O’Connor: Back to the funeral services business — and Menlo Park 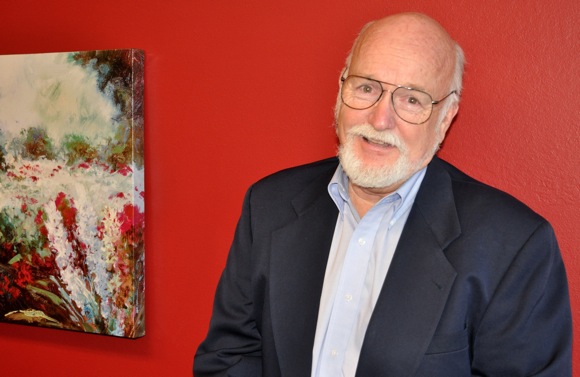 Long-time local residents are hard pressed to remember a time when there wasn’t a John O’Connor Menlo Colonial Chapel in town. It provided funeral services for over 30 years, from two different locations. What some people may not know is that for a period of 10 years, John O’Connor was at the helm of a sailboat, not his namesake business.

“I sold the business in 1998, but they kept the name,” he said. “I took off and sailed around the world, reaching five different continents. When I came back, both Colonial and the Spanglers location in Menlo Park had closed. That left Menlo Park without a funeral home.

“So, six months ago I got back into the business, opening John O’Connor Menlo Park Funerals, with an office on Chestnut St. I was bored living in Sausalito, taking my grandchildren to soccer practice. It’s good to be home with friends.”

John is a third- generation funeral director, growing up in a funeral home, just as portrayed in the popular TV show Six Feet Under and working first for his father. In his 50 years in the business, he’s seen the industry change. “It used to be that 100% of the people were buried and now 70% are cremated,” he said. “And now it can cost as much to run a paid obit in the Chronicle as it can for cremation.”

In his new “unretired” state, John finds himself on call 24/7. “I think I’m the only owner who is also an embalmer, who answers all the phone calls, and who comes personally to remove the body. To scatter ashes, I fly the plane or pilot the boat. I do everything myself. It’s just in me, and I’m glad to be back.”