Chris Stone: Rocker turns off the power in local debut 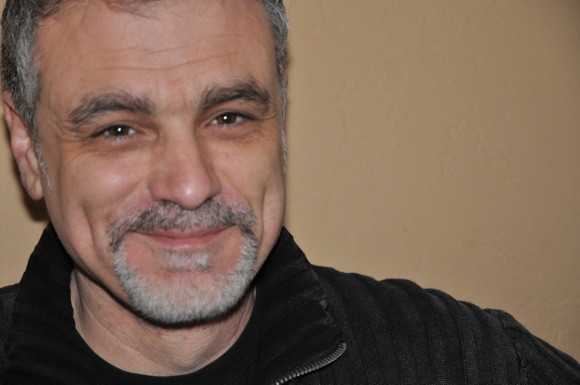 Chris Stone is used to delivering his music with intensity and power. The vocalist/guitarist/composer, who grew up in the northern Peninsula and now lives in Menlo Park, has been playing in rock and heavy metal bands since he was 14. “To me, acoustic is what happens when the power goes out.”

But he’s about to unplug by choice. For his local debut at Cafe Zoe on Friday night (2/25), he’s put together a four piece acoustic band that, for the moment at least, is going by the name of Soup. “We thought about Stone Soup but I didn’t want the focus on me,” he says.

Like Chris, his band mates all have children at Peninsula School, where they’re part of a parents’ band. That was another reason for a new band name. “We wanted to differentiate ourselves from the parents’ band,” he says. “We’ll be playing songs we haven’t played together before as well as some original material.”

Like many musicians, Chris has a day job. For two decades he changed oil at his father’s oil change business in San Carlos. “What I did didn’t matter because I was going to be a rock star. But I hated the oil on my hands.”

Now his day job is more aligned with his musical passion. He teaches guitar at Gelb Music in Redwood City, which he’s been doing for the past 10 years.

Chris is quick to acknowledge Cafe Zoe owner Kathleen Daly’s support. “When I moved into the neighborhood, she bought me a cup of coffee and started encouraging me to form a band to play at the Cafe,” he says. “It was the excuse I needed to pull this group together. I love to play and I love to reach people through music. It may sound silly but I believe that’s what I was put here to do – communicate through music.”