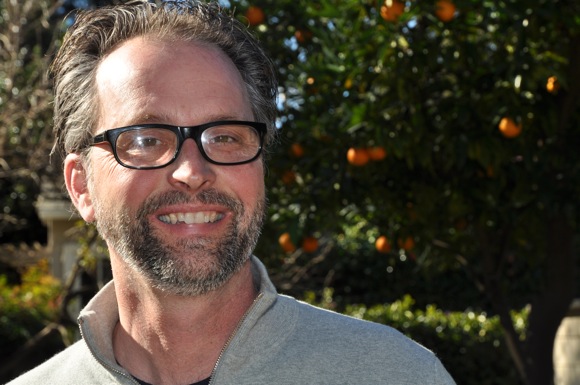 In what he calls his rebirth year – 50 – Menlo Park resident Scott R. Kline is getting serious about photography, returning to a craft that helped put him through Purdue University. “I took candid photos at sorority dances,” he says. “It paid for my last two years and two spring breaks.”

Photography is a distinct path from selling office furniture, a business he ran with his wife Patricia while raising their daughter, now a senior at M-A.  Both have begun to follow their passions. Patricia started iPies and Scott is working on a Master of Fine Art degree in photography at the Academy of Art University in San Francisco.

“I’m a people person anyway,” he says. “I also have a geometric eye. Photography lets me combine the two. I’m currently working on portraiture, but what sells off my website are my photos of structures.” 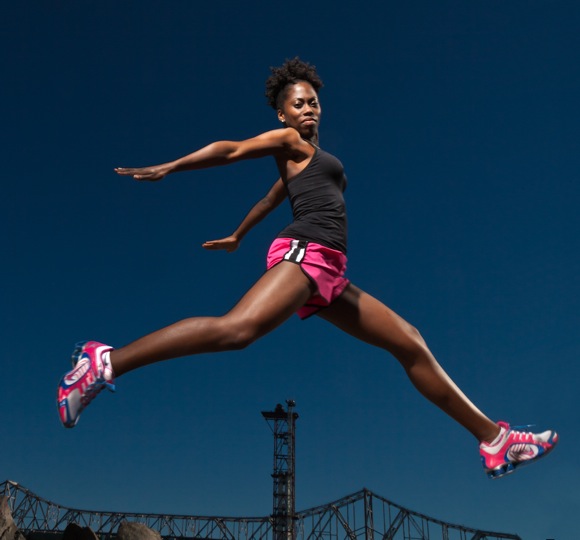 Along with a friend, Scott also continues to run a nonprofit, the Juarez Children’s Education Program. “I’d gone to Juarez with Menlo Park Presbyterian Church to build houses,” he says. “But more adequate housing didn’t break the cycle of poverty. That requires education. JCEP focuses on helping kids graduate from high school, which makes them more employable.”

Scott’s long term goal is to become an editorial portraitist for a magazine like Vanity Fair. “It really appeals to my creativity. I like constructing and building things. Like the photograph of the girl jumping (above). I got the idea, hired the model, scouted locations, hired assistants – all to set up the shoot. Then it all came together, and I’m pretty pleased with the results.”