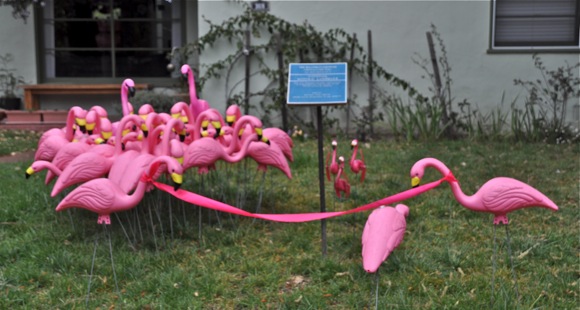 Artist S2’s flamingos have been declared a national landmark – or so says the sign in their current installation. It reads: “The Willows Flamingos (Installation Site) has been designated a NATIONAL HISTORIC LANDMARK. This site possesses national significance in commemorating the history of the United States. Undated. National Park Service. United States Department of the Interior.”

We await the ribbon cutting ceremony and look forward to the next chapter. Earlier this year the flamingos were busy raising money for Peninsula School.