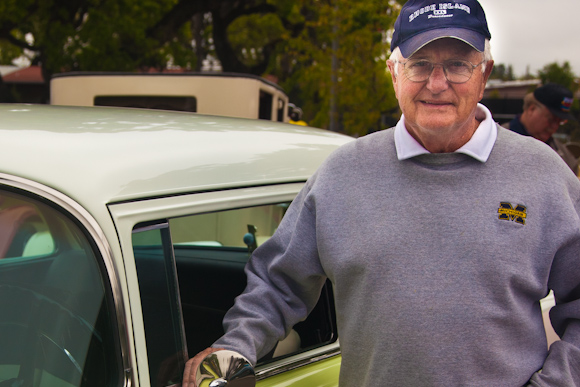 The InMenlo team gravitated to the mid-50s Chevys on their visit – many of which sported hanging dice in various colors. Art Wilson brought his 1956 Chevy 210 Del Ray, sporting the original crocus yellow color and upholstery, to the show. “I bought the car from a former Menlo Park librarian,” he said, explaining that he’s been in the car business all of his life. “My first job was at a used car lot here in Menlo and then I owned Menlo Automotive Services on El Camino for about 20 years before moving the business to Marsh Road. I thought by coming to this show I might run into some of my old customers.” 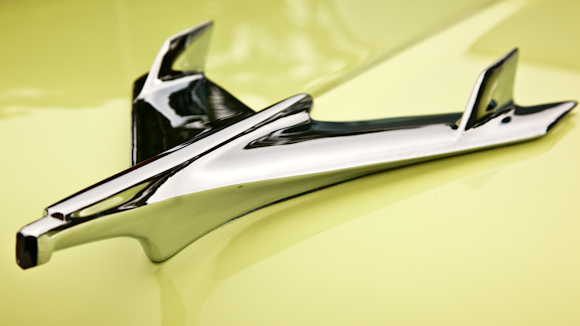 Larry Monti, who grew up in Daly City and now lives in San Carlos, was at the show with his 1957 Chevy Bel Air hardtop, which he’s owned since high school. “How many other people here can claim that?” he asked, showing photos of a younger version of himself with car. 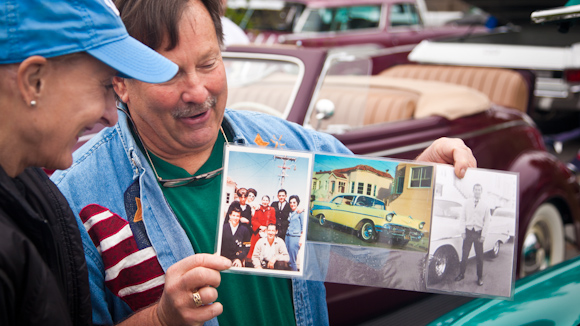 With early morning temperatures cool, some owners where sitting inside their automobiles. “I call this my root beer car,” said Rita Boson, behind the well of a 1957 Chevy Bel Air. Her husband Mike said cars’ colors were actually Sierra Gold and Adobe Beige. Members of the P-Town Pushrods, they’ve had the car since 1984. “My husband had a convertible Bel Air when he was in high school but the top kept getting slashed, and his parents made him get rid of it. This is the replacement for that car.” 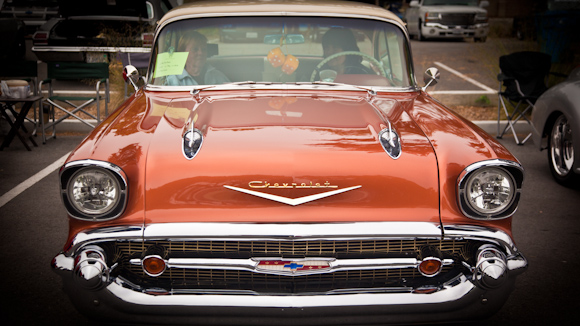 M-A baseball coach and social studies teacher Mike Amoroso, who organizes the show,  said there are about 100 classic, muscle, race, and vintage cars on display as well as a sampling of trucks. The event is a very accessible and family friendly way to get introduced to restored, vintage automobiles.  “We’re raffling off car tools and a number of items donated by local merchants,” Mike said, “and barbecue lunch will be available starting at 10:30.”

Swing on by, see the cars, and chat with the owners! It’s a kick. 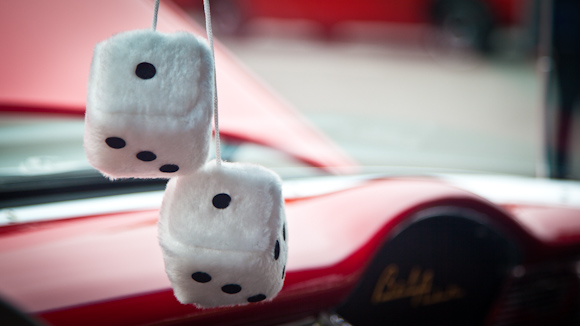 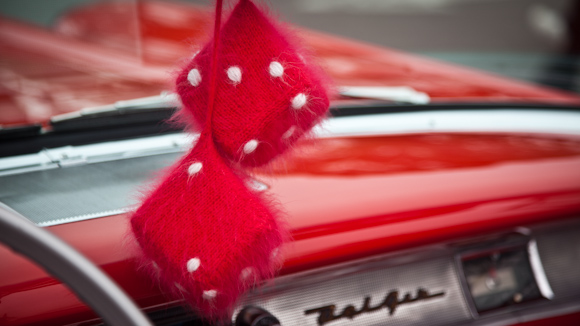 Nice picture of my wife and good friend sitting in our 1957 ” root beer” car as my wife calls it. Wanted to make one correction on the write up on the car – our last name is Rosen, not Boson. Other than that – this is one of the best car shows our club attends and for a great cause. We will be back next year to support the cause.
Thanks,
Mike