Do you know where Atherton’s secret garden is? 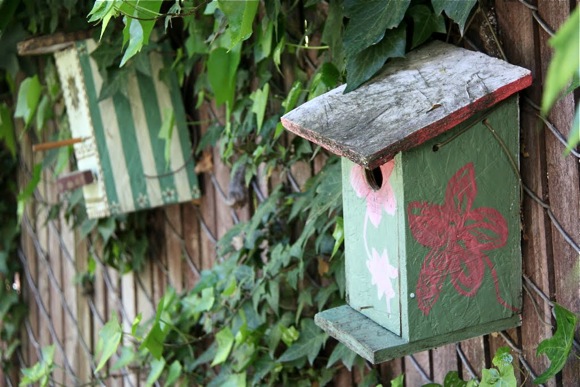 There’s a secret garden in Atherton — but just how many residents are in on the secret,  we’re not sure. Those who know about the garden, treasure it.

The garden  is attached to the Atherton Library. It was “reinvigorated” some years ago by Joan Sanders and is now lovingly tended by three members of the Friends of the Atherton Library — Pat Dobbie, Karen Moore, and Ginny Nile — who alternate cleaning up, planting, and watering. 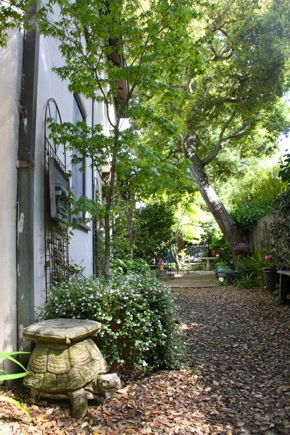 “It was Joan who got us together,” said Pat. “She arranged what worked best in what part of the garden. She has an amazing eye.”

One hallmark of the garden is the numerous bird cages propped up on poles. “A first-grade class at St. Joseph’s School made them,” Pat explained. “They wanted to do a project for the garden. It was Joan who decided that putting the houses on totems was the best way to display them.”

The garden draws a crowd at the thrice-yearly Ice Cream Socials that are held there. The next is June 18 from 1:00 to 3:00 pm. “The rest of the time it’s just ‘pop ins’ – people taking a book to the garden and reading,” said Pat.

As to the garden’s name, Pat explained: “Joan named it. No one knew about this wonderful garden. By christening it, she thought it would become well known.”