Fran Philip: Expanding from pilates to yoga and zumba 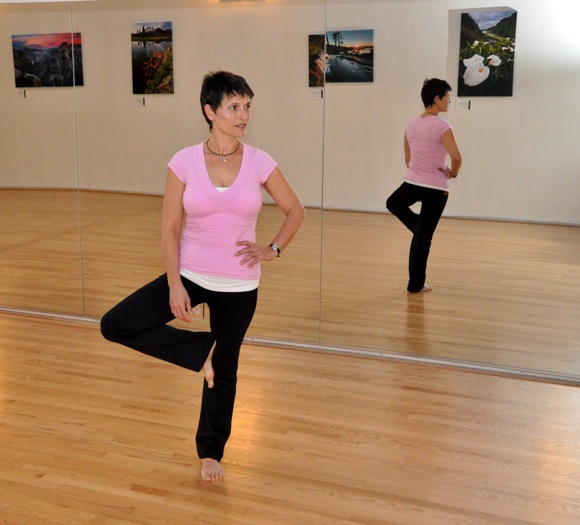 Fran Philip has busted out of her small pilates studio on Oak Grove Avenue in Menlo Park, moving to a larger space on El Camino. “At the other studio, I was only able to do private and duet,” said the native of Australia. “But my passion is group exercise, so I jumped at the chance when this space became available.”

At Menlo Pilates and Yoga (in the former Devi Yoga space), she’s offering vinyasa yoga and zumba dance as well as pilates, complete with all the fitness accessories students need, including mats, blocks, yoga straps,  and bolsters.  The diversity of classes, which are taught by a variety of instructors including Fran, gives students a chance to experiment and try out new fitness methods.

“I’ve also introduced laughter yoga,” said Fran. “People aren’t sure what it is — it’s not yoga poses, and it’s not laughing. Rather it’s clapping, breathing, and laughter exercises. There are no jokes, no silliness, and no talking. It really exercises the diaphragm.”

Fran hopes that her new studio will become a real community space, reaching out to both genders and people of all ages. “I love having a chat and connecting with people to find out what they are about and what their interests are,” she said. “That helps me to help them find their bodies and avenues that promote a better and healthier lifestyle.”

For the month of April, Fran is offering first time students, their second class free. Pilates and yoga classes are offered seven days a week; zumba is offered on Mondays and Wednesdays (as of this writing). Plans are underway for specialized workshops and day-care facilities for children.