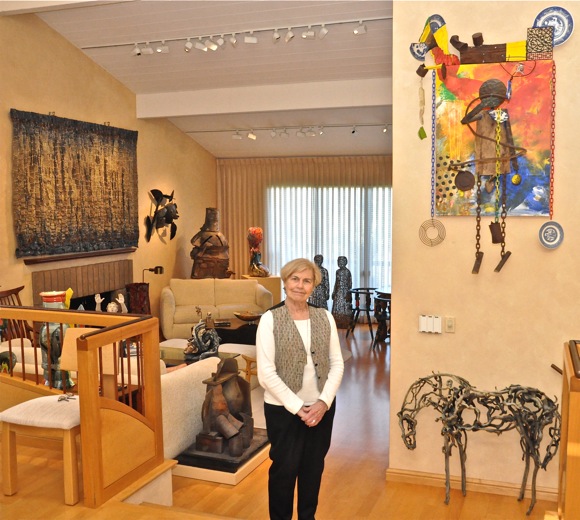 When Dorothy Saxe and her late husband George moved to Menlo Park in 1979, their life changed dramatically.

“With the children grown and retirement looming, we were looking for something we could share, but one criteria was that neither of us could know anything about it,” she recalled. “We wanted something purposeful to do in our leisure time.”

Soon after, they stumbled upon a Corning Museum of Glass catalog and were struck with the beauty of the pieces showcased. Later they saw the exhibition of the museum’s work. And that was it. They decided they would start collecting glass. The resulting collection is now housed in their San Francisco home. 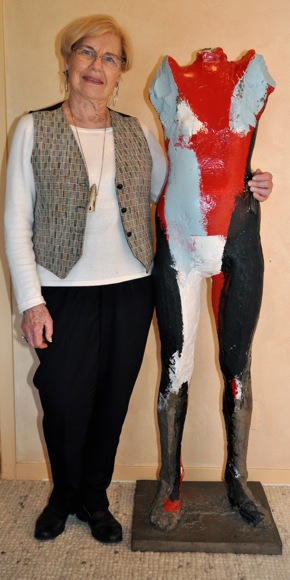 “The next logical step was for us to start collecting for the Menlo Park house,” she said. “So we turned to works made of ceramic, metal, wood and fiber, with a particular focus on Bay Area artists.”

The shared pursuit the Saxes started three decades ago is now considered one of the premier collections of contemporary craft in the United States. From the beginning it was always their intent to share it with others. They have given pieces away to hundreds of museums and exhibited a portion of their collection at other museums, including a permanent but changing collection at the M.H. de Young Museum in San Francisco.

“We are so lucky,” Dorothy said. “It’s a fantastic privilege to live with these beautiful things.”

While the Saxes purchased a few pieces for the De Young shortly before George died last July, Dorothy is not currently adding to their collection. But she continues to share it.

“I love hosting museum groups,” she said. “I love sharing the collections. I enjoy meeting people who have never seen this material before and watch how their eyes open. Some collectors tell us that they started collecting after they saw our collections.”

Most of the contemporary craft in their collection are the works of  living artists, or 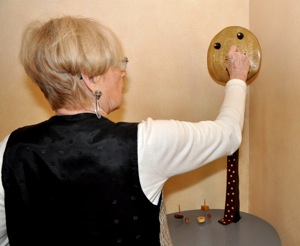 those that were alive at the time of the purchase. Prominent Bay Area and West Coast artists represented include Robert Arneson, Dale Chihuly, Viola Frey, Sam Maloof, Manuel Neri, Peter Voulkos, and Beatrice Wood. “One of the advantages of collecting living artists is that you get to meet them. We have art by the top artists working in the field and they have all been so open, warm, and engaging.”

A visitor is struck with how perfectly arranged the collection is, particularly given its home environment. “I do seem to have an instinct for where things go,” said Dorothy. “I’m not very creative but I can arrange flowers and place art.”

Dorothy has no way of knowing how the last 30 years would have turned out if it wasn’t for that Corning glass catalog, but she recognizes how much collecting added to their life together. “We have been so enriched by the experience,” she said. “The travels, the people we’ve met, the ‘thrill of the chase’ — it totally changed our life, so much for the better.”

Art note: Middle photo shows Untitled by Manuel Neri; bottom photo shows Hors d’Oeuvre Server by Alphonse Mattia, which has parts that can be arranged as the observer wishes.