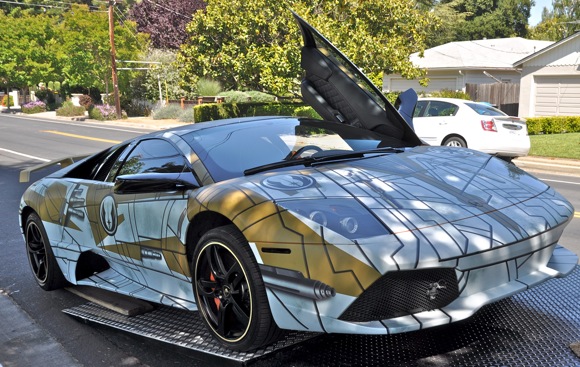 More than one person pulled over on Middle Ave mid-afternoon today to gawk at three races cars being loaded into a huge racing van. What was going on?

The van driver explained the three cars, owned by a Menlo Park resident who lived nearby, were bound for Denver and the goldRush Rally, including the Lamborghini still parked in the shade. “It a super luxe rally,” the driver said. 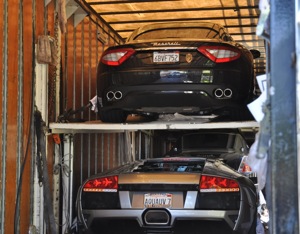 Rally is a trendsetting celebration and one of the fastest growing social events and lifestyle brands. This exciting event is a mixture of an exotic and supercar rally, nightlife parties, celebrities, DJ’s, and 100 VIP participants.”

Organizers underscore that it’s a rally not a race. For the curious, the entry fee is $7,000, which includes a team of two people in one car, luxury hotels  accommodations in the five cities, secured parking in those cities, VIP entrance to all entertainment venues (every night) and special events, track event, goldRush Rally Award Dinner Party and bikini contest. We’re relieved a bikini contest is part of the package. Go drivers!