Studio Rincon mixes fun and fitness for all ages 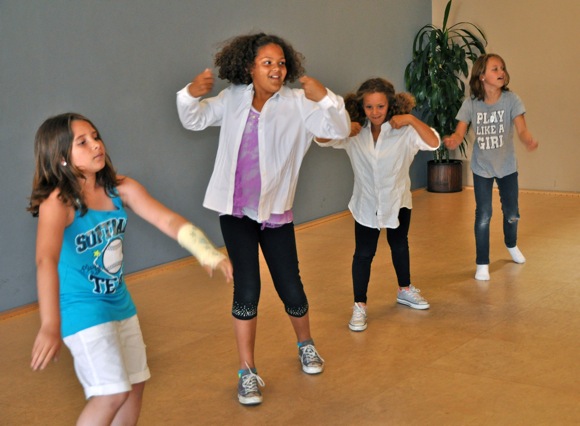 A dance/fitness studio might not sound like the logical next career step for a restaurateur and software engineer. But after living in Menlo Park for four years, Kathy and Bill Petrin did just that, opening Studio Rincon on the Alameda. They just celebrated their one-year anniversary, marking the occasion by giving customers a ride on a motorized cable car and hosting an end-of-school-year recital.

“Being parents we saw the need,” said Kathy. “A lot of parents take their kids from one 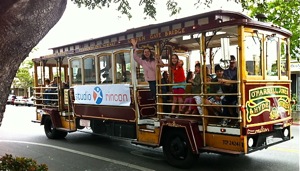 place to another. So our thinking was to make this a family environment where adults and kids could both take classes, and in particular, one that would be comfortable for men and boys.”

Added Bill: “Another big part of it is having something super close to our home. We had seen the positive benefit from our kids taking dance classes. It really helped their confidence and in the case of our older son, his focus at school.”

Kathy and Bill met at UCSB and the studio is named after Rincon Point, the famous surfing spot on the Ventura/Santa Barbara County line. “In Spanish, it’s slang for nook or corner, so this is our little corner,” said Kathy.

Studio Rincon offers a wide variety of dance classes for kids as well as boot camps, zumba, and numerous styles of yoga for adults. The Petrins are also committed to giving back to the community, supporting a number of schools and local school foundations.

“Our goal is to offer classes that are fun and that help people be healthier and feel better about themselves,” said Bill.