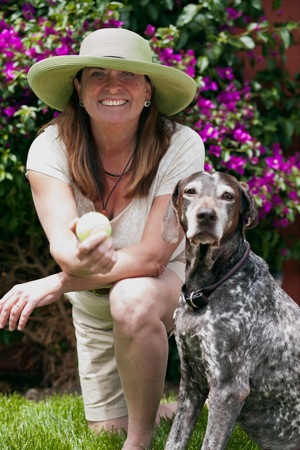 Willows resident Kelly Fergusson is serving her second term on the Menlo Park City Council, having also served as Mayor in 2007. In addition to her public service work on the Council, she sits on a number of regional boards, including the Bay Area Water Supply and Conservation Agency. Wherever she goes, she’s attired with a hat, which has become her de facto trademark style. We talked to Kelly about how the “hat thing” came about.

InMenlo: How long have you lived in Menlo Park? How did you land here?

Kelly: I have lived in the Bay Area 30 years and in Menlo Park since 1997 when my husband Robert and I bought a home here, where we are raising our two kids, Grace (12), and Elliot (9), and our dog, a German Shorthair, Dusty (13). I have loved this area since my family moved to the East Bay (Lafayette) from Canada (via New York) in the 1970s (though the Gold Rush had lured my great great grandfather from Ireland in 1852 — but that’s another story).

Both Robert and I attended Stanford University. I left the area to work in the aerospace industry in Southern California in the mid-1980s and returned to earn a final graduate degree in Civil Engineering from Stanford in 1993. I had my own civil engineering consulting business from then until 2007.  Today, I am developing clean energy projects for Siemens.

InMenlo: When did you start collecting/wearing hats? Why?

Kelly: My dermatologist read me the riot act in 2004 and told me I WILL become a 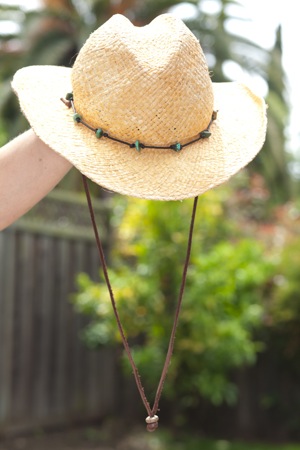 hat person — no ifs, ands, or buts.  She told me I am very prone to freckles and sun damage to my skin. Never one to turn down earnest advice, I went straight out and bought my first broad-brimmed hat and have been wearing them ever since. While I started wearing hats for health, collecting hats has become a fun hobby, and I have enjoyed experimenting with different styles.

InMenlo: What is the favorite hat you own? Why?

Kelly: My favorite hat is a medium brimmed brown weave.  I like it because it is so versatile — I can wear it to a formal meeting with a client,  coffee with a  Menlo Park constituent, or casually to Grace’s soccer or Elliot’s baseball games.

InMenlo: Any interesting adventures you and your hats have had?

Kelly: Photographer Scott Kline took a picture of a western-style straw hat (above) that has been to nine National Parks — Yosemite, Zion, the Grand Canyon, Bryce, Capitol Reef, Arches, Canyonlands, Grand Teton, and Yellowstone.  As a family, we took an unforgettable road trip to these destinations during the summer of 2009.