Getting your groove on at Fremont Park 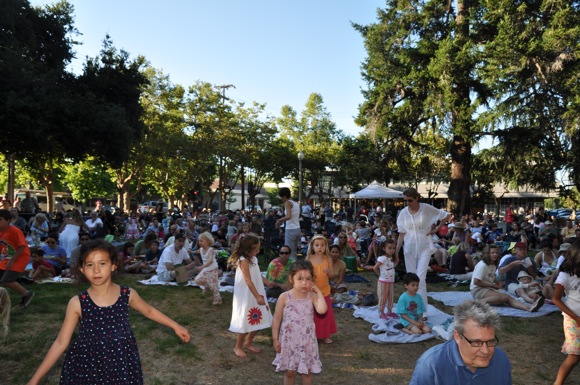 Typically it’s the youngsters in the audience who jump on the dance floor first, and 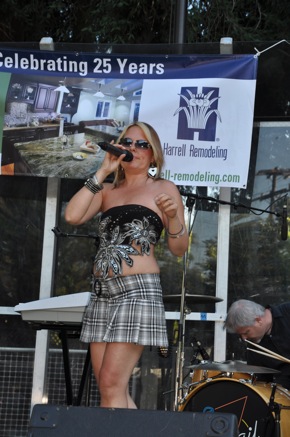 tonight was no exception. But by the end of the evening their parents (and grandparents) had joined them.

Music was proved by The Cocktail Monkeys, with lead vocalist Renée keeping the party going. According to the band’s website, Renée has sung gospel music as much, if not more, than rock ‘n roll/R&B. That’s not surprising for a kid who started her career at five, touring the East Coast singing at church camp meetings with her parents. Tonight she shed her choir robe for a dress in the go-go tradition.

Linda,
So happy you could join us tonight! Everyone was so happy to see you.