Angela is popping up again in downtown Menlo Park 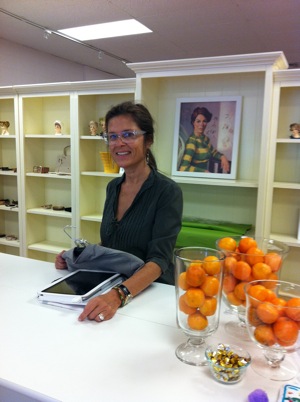 InMenlo reported on the Angela Pop Up shop that appeared last December for a few weeks next door to Angela Women’s Clothing on Chestnut Street. This time her Pop Up store is on Santa Cruz Avenue in the space recently vacated by Cadeaux. For Angela Hensley, pictured here in her most recent location, the Pop Up shop functions as a limited-time, low-priced sales store for women’s clothing and accessories. This Pop Up opened for business on July 15 and will continue for three weeks.