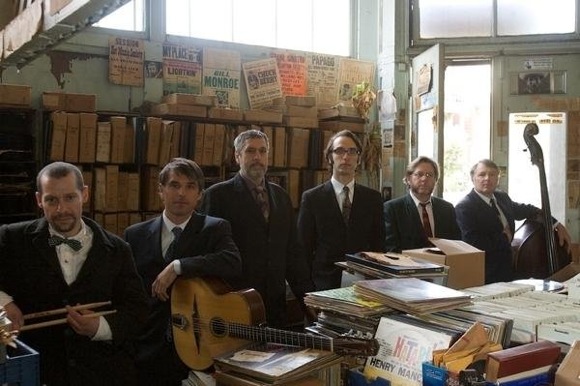 When it comes to the two bands with steady gigs at Cafe Borrone, it’s easy to connect the dots. Guitarist Dave Ricketts began his career sitting in with Clint Baker, a Friday night mainstay at Borrone for two decades. For the last five years, Dave’s band, Gaucho, has often subbed for Baker’s band. Last year it secured its own regular place on the lineup, playing second and fourth Thursdays.

“We’ve been told we’re the only band besides Clint’s that’s been offered ongoing engagements,” said Dave. “That really means a lot to us.”

Gaucho plays Gypsy jazz, using as its inspiration the music of Django Reinhart, although original tunes now provide much of its repertoire. “In high school I loved rock music and still do,” said Dave. “In college I made the switch to classical guitar. Along the way, I read an interview with one of the great classical guitarists, Julian Bream, saying for his 60th birthday, he played Django Reinhart. It was an ‘a-ha’ moment.

“Things were missing for my playing classical guitar. You practice four hours a day and do solos. I thought Gypsy jazz was the perfect combination of rock and classical.”

“She’s my favorite singer on the planet,” said Dave. “We’ve written some music together. When the Telephone Booth Bar in New York closed down earlier this year, the last song she sang was one we wrote together.

“Playing together is a rare treat, as she’s not in town often. When she’s with us, it’s like a meeting between dear friends. I can’t wait.”

The music starts at 7:30 on Thursday. Here’s a preview:

It is good to know that fans of Gypsy Jazz music are still around. And it is also delightful to know that Gaucho is one band that is around to bring to life the life and music of Django Reinhardt and other jazz manouche musicians.