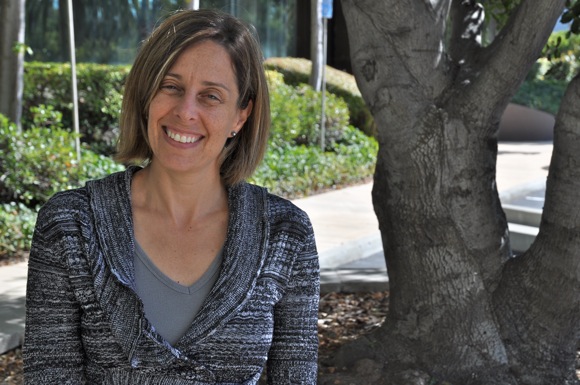 What started as a small research study at Stanford Medical School has blossomed into one of the most successful weight control programs in the country, all aimed at kids age 8-15 and their families. Earlier this year the Packard Pediatric Weight Control Program moved to spacious offices and classrooms in Menlo Park near 101.

According to program director Cindy Zedeck, they see about 10 groups a year, made up of 10 families each. The groups meet once a week over a six month period. Attendance is required not only by the child/teen but at least one parent.

“The reason a child is overweight varies with each family,” explains Cindy. “The program helps both the individual and family members become aware of what their eating habits are. In fact, during the first month, we ask them not to make any changes, just to track their current habits.”

The focus of the program is based on traffic lights. “All foods are one of three colors — red, yellow and green,” says Cindy. “The goal is simple — reduce the number of red lights you’re eating. There’s no calorie counting. We teach behavioral tools to change eating habits.”

Eighty percent of the kids who participate in the program reduce their weight by 8% during the six month period. Comments Cindy: “If they maintain their weight as they grow, they’re actually losing weight.”

According to Cindy, most of the kids who enter the program feel stuck. “They don’t know why they are overweight,” she says. “The want to run or swim faster.

“Everywhere they go, people are rewarding them with fast food coupons or candy for a job well done. That makes it hard for kids to be healthy these days.

“The families that make the decision to join the program and do their best, feel really rewarded. A healthy week with minimal red lights and lots of exercise points and, all of a sudden, they start feeling like it’s less their fault. It’s more than just their attitude, it’s that they’ve developed a positive sense of self.”

To learn more about the Packard Pediatric Weight Control Program, visit the website or call (650) 725-4424.