Dorothy Fadiman: Inspiring people to action through film and books 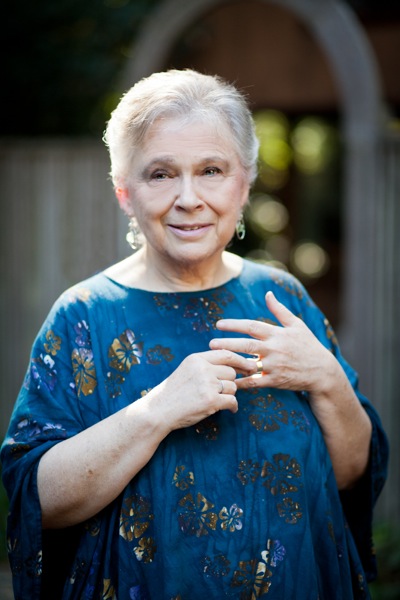 recalls that she felt like a “duck in a swan pond” growing up in Pittsburgh and earning her undergraduate degree in Pennsylvania. After that — guided by intuition — the only graduate schools she applied to were in California.

“I came west to attend Stanford thinking I’d be a painter,” she says. “Almost from my arrival, I thought I’d died and gone to heaven. It was the early 60s, and people were breaking away from provincial situations. Immediately I began to move with people who thought outside the box.”

She never left the area. She and her husband, author/psychologist Jim Fadiman, have been married for 47 years and raised two children in their Menlo Park home. She remembers the night she first spotted Jim: “I was at a party at Ken Kesey’s and looked at Jim and immediately thought, ‘This one is different.’ That was during the period when I was the girlfriend of various strong men, before I’d asserted myself.”

InMenlo was visiting with Dorothy to talk about her recently published book — Producing with Passion: Making Films That Change the World

— and the filmmaking webinar she’s giving on October 5. The line of questioning took an obvious turn: What compels a filmmaker to the book medium? And what is it like to move from behind the camera (in a manner of speaking) to now appear in front of it?

“My first film, Radiance, the Experience of Light, was conceived [as a book] in 1966, and then I took 10 years trying to write it, how through an LSD experience I was almost electrocuted with light, in the positive sense,” she explains. “I did a lot of research and found the prevalence of ‘Light of Spirit’ in most faiths. Finally, instead of a book, I produced the film.

“Plus, after 20-some films and traveling all over the world, covering AIDs in Africa and women’s justice issues, I realized that I had a story to tell. What all my films have in common is the essence of what I intended every step along the way. I never release a film without my stamp of intention. A film has to pierce my heart before I release it.”

Dorothy worked on Producing with Passion: Making Films That Change the World

for three years with co-author Tony 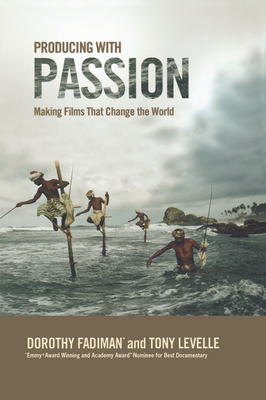 Levelle. It seemed  a logical step to put the process of “making a documentary film that reflects your true passion and makes a lasting impact” into a step-by-step guide.

As for being “on stage” in the webinar, the experience  isn’t new for Dorothy. Last summer she offered her one woman show, No Other Hands But Yours, during the Women’s Visionary Congress. Interspersed with her reflections about the past 35 years, were clips from her films.

“The same person who produced Radiance is publishing my book,” she says. “He encouraged the webinar, that I compile my teachings. Because of the wide difference in download times worldwide, I may end up using stills rather than film clips.

“I’m also really interested in finding additional dates for my one-woman show at local libraries. I’m 72 and not getting any younger. I have lots of energy but am keenly aware of my own mortality.

“My goal with all of this — painting, filmmaking, teaching, the one-woman show — is to ignite people to their own power. I see myself as a cupid of intention, an arrow of awakening.”

Registration for Dorothy’s webinar on Oct. 5 from 6:00 to 8:30 pm PDT is available online.