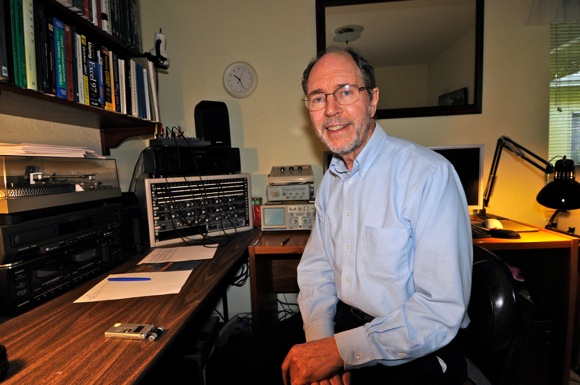 We first talked to Menlo Park resident Dick Duda in early 2010 and learned about his passion for educating people about the threat of nuclear arms. In that endeavor, he’s working with Prof. Martin Hellman, an emeritus professor of electrical engineering at Stanford.  Along with two others, they formed the Silicon Valley Chapter of the Nuclear Peace Foundation. Currently, their attention is focused on gathering signatures for a petition that they hope to deliver to Congress.

“We’re convinced that people in the Department of Defense — let alone Congress and the general public — do not have solid, quantitative information about the actual risks associated with our current nuclear weapons policies,” he says.

“Marty has served on the National Academy of Engineering and has been told that they would be glad to do a serious study.  However, they do not initiate such studies — they must be asked to do so by a member of Congress.”

That’s prompted Dick, Marty, and colleagues to circulate a petition that they hope to present to Rep. Anna Eshoo as evidence of public interest in initiating such a study. They’ve obtained the support from several other Stanford faculty, including Donald Kennedy, the former Stanford president.

“In fact, Kennedy said that if we could get between 500 and 1,000 signatures, he would personally deliver the petition to Eshoo,” says Dick.

He feels confident that if just the churches and peace groups in the area circulated the petition, they could get the needed number of signatures, which are not legally binding but are indicative of support.

“This is a simple activity that could produce a significant result,” he says. “My experience asking people to sign has been very positive. Some ask if it’s worth the trouble — I think it is.”

Photo of Dick Duda taken by Chris Gulker in 2010