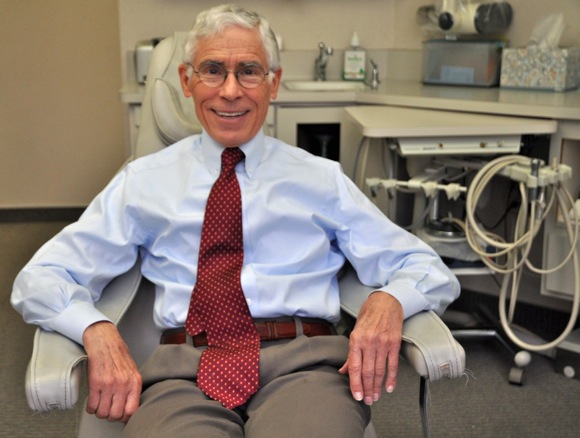 Dentist Jan Gabus has practiced in Menlo Park for over 20 years, and during that time he’s made the nine-mile round trip from home to office and back by bicycle almost every day.

“I grew up in Nebraska and my mother got me interested in fitness, and I played high school football and ran track,” he said. “I started running in dental school and continued until my knees started giving out. Then I started commuting by bicycle.” 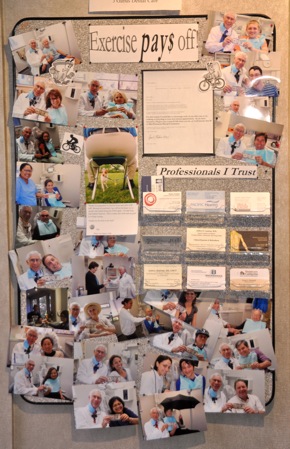 Earlier this year, when he’d been forced to suspend his practice for six weeks while recovering from abdominal surgery, he wanted a unique way to announce to his patients that he was back working full time. He came up with the idea of offering his patients a crisp $5 bill if they walked or cycled to their appointment, alternately donating the $5 to the Mid-Peninsula Dental Health Foundation.

“I wanted to get people to think about their overall personal health a little more, not just their teeth,” he said. “The first person to take me up on my offer was an 85-year-old man. And then there was the 12-year-old girl who hates going to the dentist who walked into the office with a bicycle helmet in her hand and ear-to-ear grin on her face.”

Jan has always made community involvement a part of his practice. Over a nine year period, working with the Menlo Park Kiwanis Foundation, he raised $100,000 for college scholarships that were awarded to Menlo-Atherton High School graduates. He’s also raised funds for the Mid-Peninsula Dental Health Foundation, which provides low cost dental care to needy local families .

About this year’s $5 bill project he said: “When you’re a dentist, it’s fun to do something unexpected — something that brings a smile to my patients’ face and mine, too.”

All those winning smiles are captured on a bulletin board in Jan’s office, all the better to inspire others to choose a fit way to see their dentist.