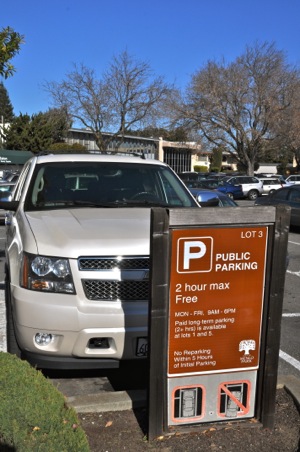 The Menlo Park Downtown Alliance, a coalition of downtown business owners, local property owners and residents, has directed their attorneys, Shute, Mihaly and Weinberger, to send a letter to the Menlo Park Community Development Department stating that the current Draft Environmental Impact Report (DEIR) is legally inadequate and must include the planned expansion of Menlo Park Presbyterian Church on approximately 80,000 square feet of property that has been acquired by its funding organization, the Church of the Pioneers Foundation.

This expansion has been known by city officials since at least 2008, according to documents obtained during a recent Public Records Act request.  Menlo Park Presbyterian Church and the Church of the Pioneers Foundation plan a major expansion of the church facilities within the Specific Plan area and intend to rely on a shared-use parking garage on Plaza 3, which will be partially paid for by the Foundation. This parking garage is critical to Menlo Park Presbyterian Church’s expansion plans, since the Plaza 3 planned parking garage will make up for parking that will be lost on church property with the construction of a 300-seat concert hall, gymnasium, worship center, children’s playground and Church-operated café.

“Church expansion of this size must be included in the analysis of the Draft Specific Plan because of its enormous impact on the community.  Development of this scale impacts traffic and parking in the downtown area and will definitely have an effect on those who shop downtown”, said Mark Flegel, Santa Cruz Avenue business owner and member of the Downtown Alliance.   “The Church has made its plans known.  Why then has the City failed to disclose this project by not including it in the Specific Plan and Draft EIR as required by law?  How many hundreds of thousands of dollars more will the City have to spend to correct shortcomings of this document?”

The Menlo Park Downtown Alliance has spearheaded a grassroots effort to inform residents and business owners of the changes that are planned under the proposed El Camino/Down-town Specific Plan that is currently in draft form but is expected to be voted on by the City Council in the spring of 2012.

“What now comes to light are the enormous construction plans being planned by Menlo Park Presbyterian Church – development that should be included in the environmental impact analysis for the Draft Specific Plan,” stated Richard Draeger, a member of the Downtown Alliance.

A copy of the letter from Shute, Mihaly and Weinberger is available here and the details of the specific plan are outlined on the Alliance website.

The question of whether Menlo Park Presbyterian Church (MPPC) is developing or expanding its facility in Menlo Park has been raised in recent weeks. We’d like to let the community know that the answer is, no, we have no plans at this time to do so on or around our Santa Cruz Avenue campus. As a resident of this street for almost 140 years, we’ve learned to “never say never,” but to be clear, we do not have and we are not talking about major development plans for this campus.

Over the years, we have had various exploratory conversations about the possibility of supporting a parking structure or developing our campus, but we have no plans or commitments. In the past few years, we have opened new campuses in Mountain View and San Mateo to address space issues at our Menlo Park campus.

We feel blessed to be a part of this community and a few years ago, MPPC invited community members to brainstorm ideas on how the church might serve the city with its facilities. The ideas generated did not get past the “dream” stage. These suggestions from members of the community, such as a local gymnasium, were simply ideas and are not being pursued.

Within our campus, we are seeking permits from the City of Menlo Park to improve the functionality of our campus by creating a green play and gathering space behind the children’s building at 950 Santa Cruz Ave. The plans do not involve changes to any buildings.