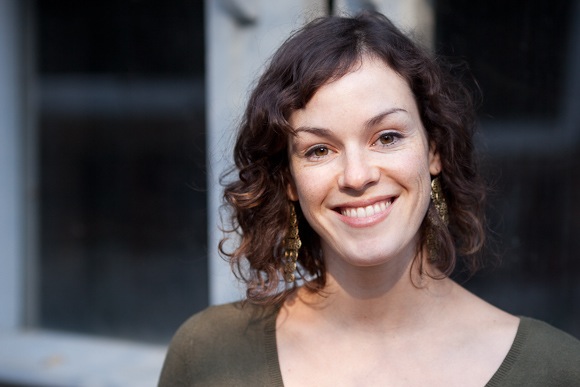 Involved with the issue of domestic violence for a decade, Nicole Baran cites statistics that get your attention: Results of a recent survey supported by the U.S. Department of Justice found that one in four women had been beaten by an intimate partner, one in five had been raped or experienced an attempted rape, and one in six had been stalked.

The issue first came to her attention when she was teaching creative writing to teenage girls and was surprised at the high number who had experienced date rape or physical abuse. She began to educate herself, and was surprised, again, by the degree of victim blaming, along with lack of perpetrator accountability from professionals.

Nicole decided to take action. She began teaching a course on violence against women in the Feminist Studies Program at Stanford University, where she received both her Bachelors and Masters degree. She also founded the Center for Relationship Abuse Awareness, with offices in a building near the Wood Barn at the Allied Arts Guild in Menlo Park.

“We provide specific targeted education to health care providers, attorneys, law enforcement officers, social workers and others involved in child protective services,” she says. “Organizations in all of those sectors tend to focus on the crisis, not on factors that create an effective community response and increase accountability.”

Nicole, who serves as the organization’s Executive Director, says we can all take action in a variety of ways, including:

Nicole was looking for office space earlier this year when she saw the space at Allied Arts advertised on CraigsList. “I’d come here with my mother as a child and had brought my interns here for lunch,” she says. “As it turned out, it’s the perfect space for our offices as well as space for my mother (Esther Baran) to exhibit her art, sales of which go to the organization.

She encourages survivors of domestic violence to contact hotlines such as the National Domestic Violence Hotline at 800-799-723 and support networks (800-572-2782). Nicole’s organization recently received $40,000 for Verizon to develop a protocol manual, and she urges professionals to contact her organization to get training. More information about how to support the Center for Relationship Abuse Awareness, including making a donation or volunteering, is available online.