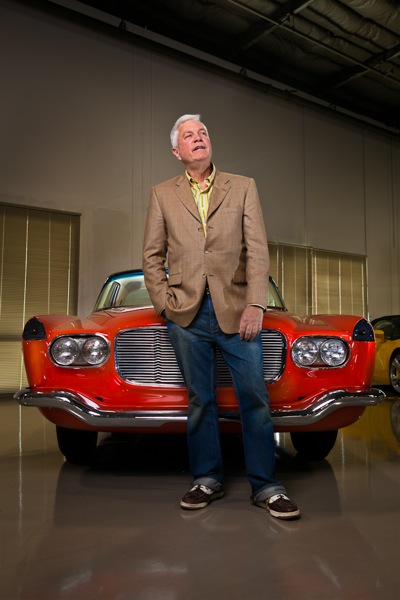 Automobiles have always been a major part of Charlie Marshall’s life. He remembers growing up in Menlo Park down the street from car dealership owner George Paddleford.

“It seemed like he had a different car in his driveway every day,” recalls Charlie, who now lives in Atherton. “Plus I think in that era, people bought new cars more frequently. I’d always go with my Dad to negotiate a deal at one of the local dealerships.”

His interest in new cars morphed over the years to collector cars. “The first one I bought was a 1941 Cadillac convertible sedan,” he says. “It was the kind of car my parents drove on their honeymoon, and I bought it for them to commemorate their 40th wedding anniversary.

Our visit with Charlie was to talk about his head-turning gorgeous 1957 Chrysler Ghia 375 commissioned for the Geneva Auto Show of the same year — and how he came to own it. 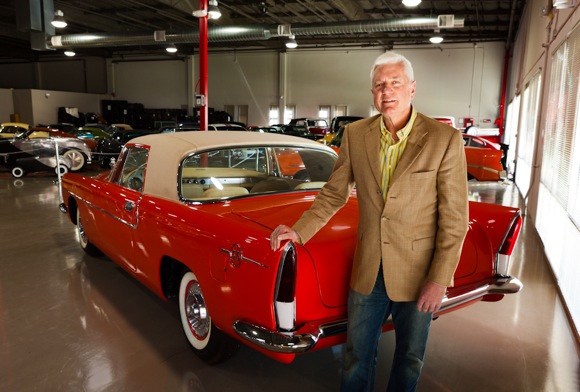 “I first spied it in the late 1980s at a local restoration shop owned by a Japanese conglomerate,” he explains. “It was part of a collection that was being restored by some wealthy industrialist in Tokyo.. The conglomerate crashed and burned and the car was repossessed along with other assets.”

The Chrysler was built by Ghia in Turin, Italy and features a 392 cubic inch dual carburetor and a Hemi engine.

“Chrysler made only one like this,” says Charlie, who occasionally shows the car at the Pebble Beach Auto Show. “A variant of it was made for the Shah of Iran. To best of everyone’s knowledge it’s still in the basement of a government building in Tehran.

“I think the design is beautiful — it’s a keeper!”

Editor’s note: There are two missing turn signals on the front of each side of Charlie’s Chrysler, which are currently being custom made.

Charlie Marshall, I would love to see some interior shots of your 1957 Ghia 375. I have admired this car for years!