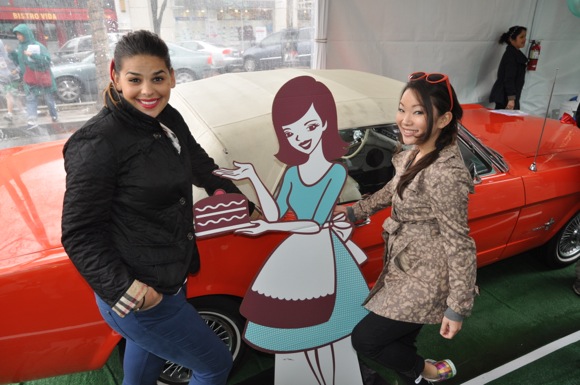 The rain didn’t appear to be dampening the spirits of families who had stopped by the official grand opening of SusieCakes in downtown Menlo Park today — the place was packed. Owner Susan Sarich had planned for the inclement weather, tenting the front of the store where a balloon artist and vintage Ford Mustang were stationed. Two young women were only too happy to pose with the car.