Everything is coming up roses in Barbara Tuffli’s garden 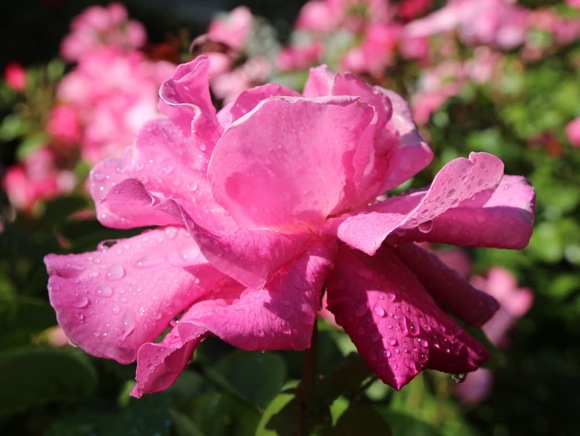 One question on Barbara Tuffli’s mind when we made a return visit to her exquisite gardens was just when Queen Elizabeth would meet the Rambling Rector — in rose terms, of course.

“My mother had Queen Elizabeth roses at one end of the house,” said Barbara, who’s lived in her Atherton home since the mid-1980s after spending her teen years there. “When we re-did the garden in 2000, we decided to train it up the balcony. For balance, we added a Rambling Rector (pictured below). Now, I’m waiting for the day they meet! I think it’s just a year away.” 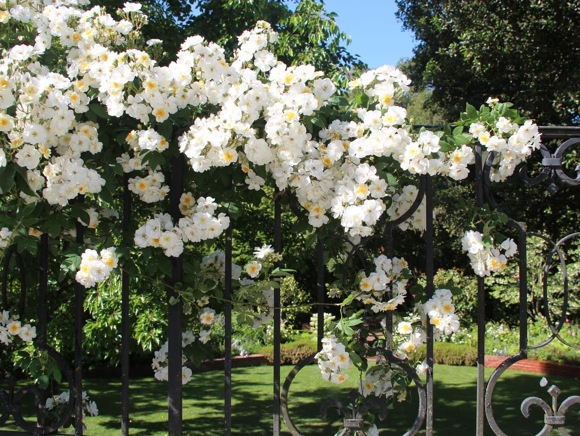 Barbara is best known for her camellias, but her beautifully landscaped grounds also feature hundreds of roses. At a loss to pick a favorite, she took her visitors on a walking tour. Her roses — English border, ramblers/climbers and hybrid teas — are at their peak but will continue to bloom into the summer.

Pointing up at the Rambling Rose, she said: “Look, it’s really rambling — all the way into the tree. It’s just to die for — I love it.” 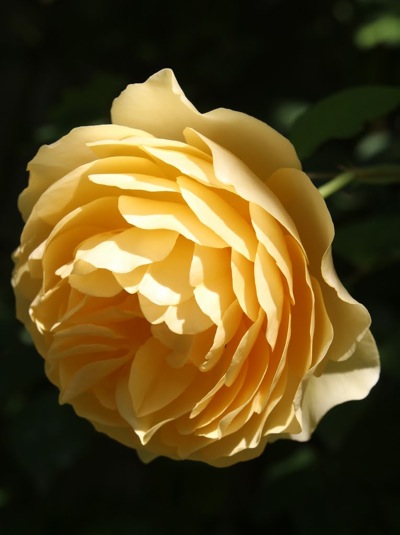 Some of her roses are from breeder and grower David Austin. “Old roses typically don’t repeat,” she explained, “but David Austins do.” (Pictured right is Golden Celebration by David Austin.)

Pointing out some hybrid teas, Barbara warns that they are fussy. “If you’re new to roses, the American Rose Society publishes rose ratings,” she said. “It lists those that are disease resistant.”

Moving to the front portion of the yard where she extended a rose garden begun by her mother, Barbara talked enthusiastically about a First Light (pictured at very top). “It’s a single, but what a performer,” she said.

“Some of the roses in the front were Jackson Perkins test roses that my father planted. I don’t know their names, but they’re all grand!” 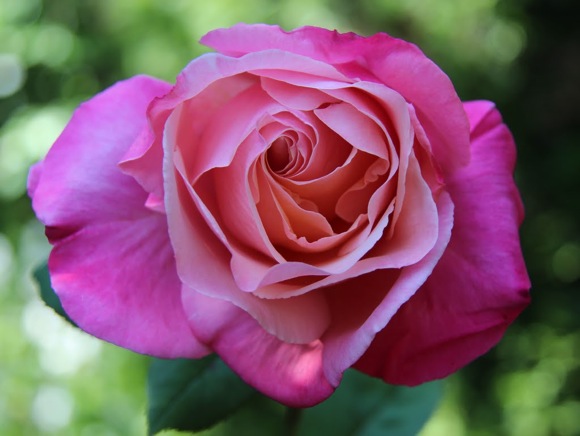