Nami Onodera bridges the cultural gap between the two countries she loves – the U.S. and Japan 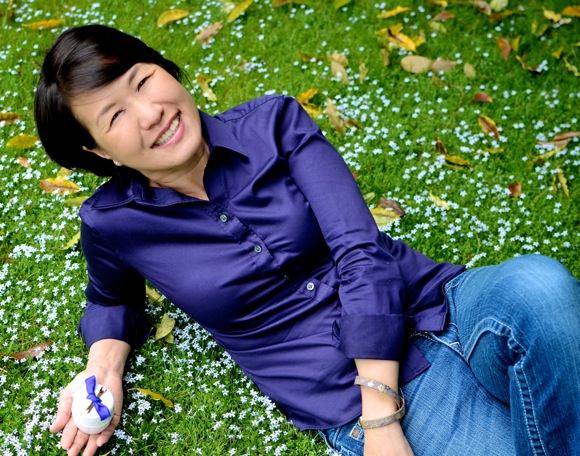 Growing up in Tokyo, Nami Onodera was selected to be an exchange student. She landed in Coos Bay, Oregon, which is on the coast between Northern California and Portland, the city she returned to as adult when employed by Nike. “My host family was wonderful,” she said. “They’ve remained my second family.”

It was during her time at Nike, where she was involved in marketing and global events, that she first had a sense of bridging two cultures. It was also where she met her husband, who’d attended grad school at Berkeley and who wanted to return to the Bay Area. Hence the family’s move to Menlo Park in 2006.

Until recently, Nami was taking time off from outside-the-home employment to concentrate on raising her two sons. Then, a chance encounter with Stanley Hainsworth, who she’d known at Nike, led to an introduction to Vicky Tsai, who’d founded a new skincare line called Tatcha.

“Vicky’s passion is to celebrate the skincare rituals followed by geisha and bring them to modern times,” she said. “She brought me on board as Brand Cultural Director. It’s a wonderful job. I get to connect the two countries I love — Japan and the United States.

“It’s like I’ve come full circle. Because of my years as an exchange student here, I became a professional interpreter in Japan. That’s in many ways what I’m doing now — interpreting what was passed on from generation to generation to modern day use.”