John Yandle is the pitching machine that goes on and on 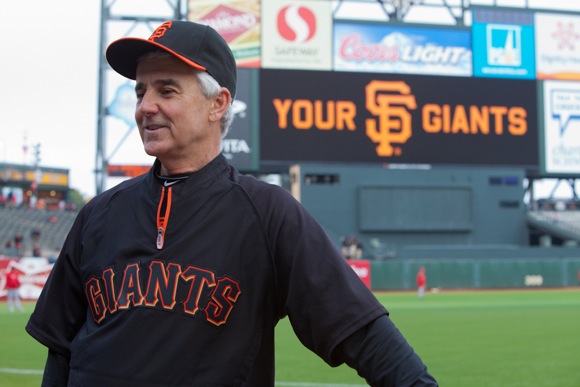 Simply put, John Yandle just keeps pitching. He holds a record of sorts, offering up left-handed batting practice for the San Francisco Giants on days the team faces a lefty for the past 28 years.

“Guess I’ve become the answer to a trivia question,” he says about his longevity, the result of a chance visit to the Giants locker room in 1985 to visit his friend Rick Adams, who was playing for the team. The usual batting practice arms were tired and John volunteered to throw. “Nobody ever told me to leave, so I’m still here” he says, leaning against the the top of the Giants dugout at AT&T Park. “Everything hurts a little bit nowadays,” he says, “but everything feels good, too.” 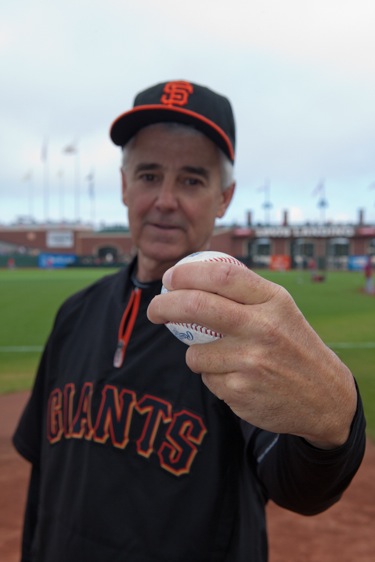 The arm that got him into a big league uniform is the answer to another trivia question: What pitcher made it to the majors after retiring from the minors?  The Stanford alum was drafted by the San Diego Padres in the 11th round of the 1977 amateur draft and made it as far as Class AAA ball, retiring in 1981 after the Padres released him and playing a short time for the Angels AA team.

As a batting practice pitcher, his job is to throw strikes so that batters can hit the ball, although he says he’ll occasionally throw a curve. “In the early years, it was about my arm, now it’s about the angle,” he says, adding that he really enjoys going into the cage to work with an individual player where he gets to mix up his pitches.

Having spent 28 years with the Giants, John has seen a lot of batters. He was known as Barry Bonds’ “personal pitcher” during the slugger’s tenure with the team and has many more positive memories of the players he’s thrown batting practice to than negative ones. “There are so many good guys, it’s impossible to name favorites,” he says. “I’d just leave someone out.”

That said, he wasn’t reluctant to cite a player he found difficult: “Dan Gladden was the biggest complainer. He’d communicate both verbally and with body language, making sure I knew he wanted the ball right over the plate.” 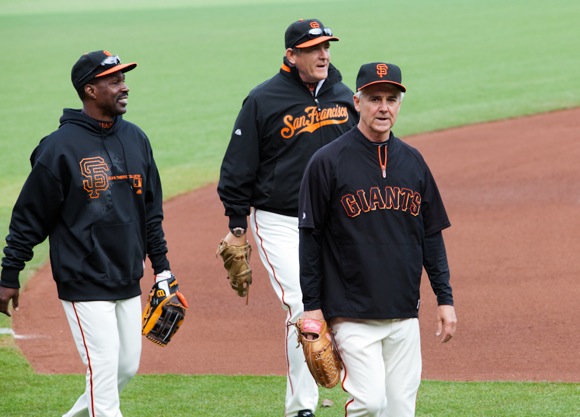 John admits he’s fortunate that there aren’t that many left-handers. “J.T. [Snow] occasionally throws batting practice but he has a lot of other duties with the Giants,” he says. “Righetti [the Giants pitching coach, pictured above coming off the field with John and Shawon Dunston) is almost too good to throw batting practice — he still throws that hard.”

Like his gig with the Giants, John stumbled into living in Menlo Park, where he landed in 1989. He explains that a a friend knew about a house with a good-sized lot, which he bought with a couple of buddies. He ultimately bought the others out and tore the house down and rebuilt. He lives there now with his wife and three children, who attend school in the Las Lomitas district.

John is quick to emphasize the support he gets from both his wife and employer (Cornish and Carey Commercial), allowing him to be at the ballpark rather than spending time with family or working. “She’s the one at home with the kids when I travel with the team,” he says, noting the upside is that his kids get to know all the players and sometimes the family plans vacations around road trips.

At age 57, does he have any plans to leave his batting practice duties behind? “Not while I’m still enjoying it — and can still do it!” he says.