Ali Recht moves from dance to the dugout, with a few steps along the way 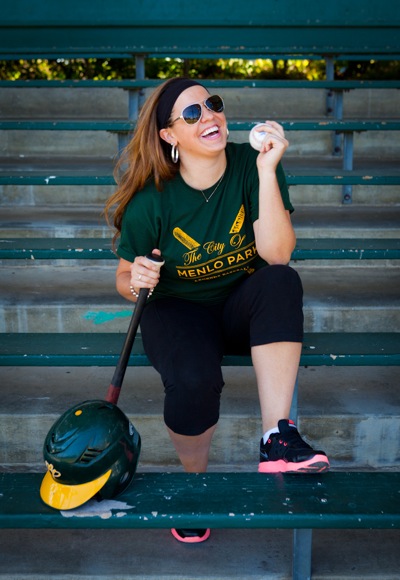 A baseball dugout is not the most obvious place to find a trained dancer who majored in theater in college — especially when it’s a she not a he. But that’s where West Virginia transplant Ali Recht finds herself this summer. She’s the new assistant general manager of the Menlo Park Legends baseball team, which opens its season today on the road against the Atwater Aviators. “Baseball is entertainment, after all,” she says with a smile.

Her journey, no surprise, has a number of twists and turns. She danced from the time she was four but a knee injury and surgery “changed my dreams a bit.” While a theater major at West Virginia University, she got interested in behind the scenes work and ended up doing lighting for the men’s and women’s basketball games. From there she landed an internship with the Washington Nationals and another with the Hagerstown Suns, the Nationals’ Class A minor league team.

It was a chance meeting last January with Legends General Manager David Klein that brought her to Menlo Park. “Every Jew between the ages of 18 and 25 gets a free trip to Israel, and David was my guide on my birthright trip” she says. “He was there working with the Israeli Association of Baseball, and he planned the first ever baseball birthright trip.  Together we taught between 300 and 500 kids the basics of baseball. 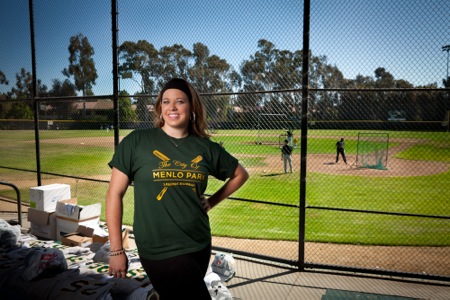 “David and I really clicked, and he told me about the Legends, saying he could really use some help this summer. So here I am.”

Ali is living with a host family in Menlo Park and enjoying discovering her new town. “It seems to be close to everything, plus I found the Stanford Shopping Center!” she says.

She still follows the Nationals — a number of the players she knew at Hagerstown are now with the major league team. But she’s a tried and true Yankees gal at heart. “Derek Jeter is my favorite,” she says. “But if you’re a true baseball fan, you respect good players even if they’re on a team you don’t like.”

For the first time, the Legends are having a fundraiser this year, tentatively scheduled for mid-July, giving Ali the opportunity to apply her organizational skills. But for now, she’s busy handling all the non-baseball operations, which includes managing a core of interns. And when she looks into the future, it’s not dance she sees but working for a major league team.

The Menlo Park Legends will be playing home games at Canada College; here is this season’s schedule.