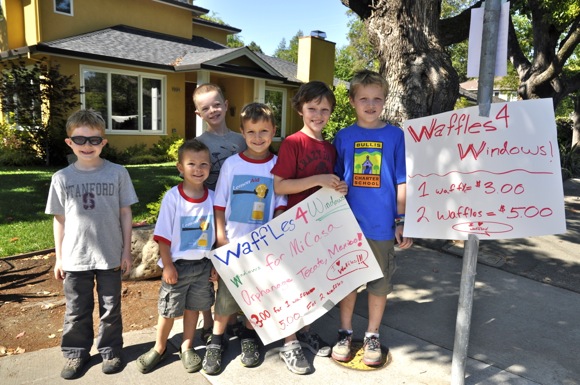 Yep, that’s the smell of waffles filling the air on Oak Dell Avenue in Menlo Park this morning. Kid and adult volunteers were at Jim Candy’s house to raise money to build windows for Mi Casa Children’s Home in Tecate, Mexico by selling waffles. While the kids waved signs to flag down passing motorists, the adults were cooking the waffles on a couple of tables set up near the Candy front yard. 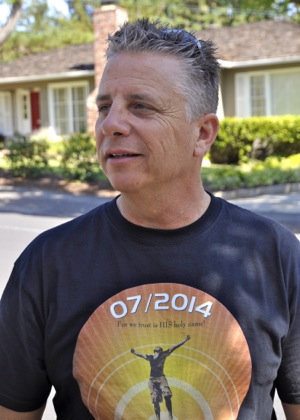 Ken LaPointe (pictured right), the founding director of Mi Casa Children’s Home project, said many of the families attending this morning will be making the trip to Tecate to help with the building. “We’ve had anywhere from 10 to 100 people join us on trips that last four to five days,” he said.

Many of the local families who are participating attend Menlo Park Presbyterian Church, although Ken also recruits church groups from the wider Bay Area as well as Stockton, Malibu, and San Diego. When finished, the Children’s Home will provide housing and services for orphans from the area around Tecate and Tijuana.

What a great way to help orphans! I love it when kids get involved and help other children around the globe! Food is always a successful draw to motivate others to act! Good work!