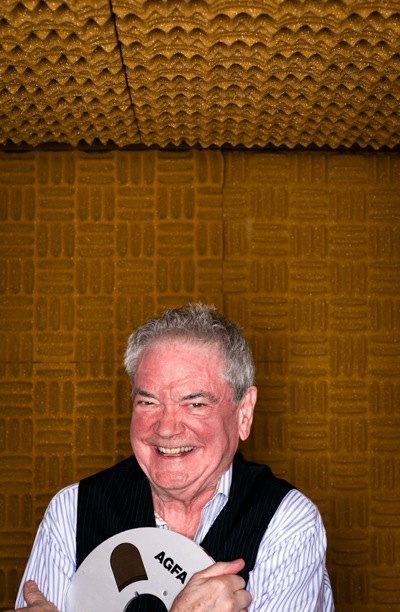 Jazz has been a part of Bud Spangler’s life since he took up drumming in 7th grade, despite having had polio. “Maybe not the best choice of instrument,” he says now, looking back.

“I’d gotten to know Chuck Huggins, who was CEO of See’s Candies, through musician Turk Murphy and the two jazz shows,” he recalls. “Chuck had moved to Woodside, and his wife Mime got involved with flower arranging at Filoli.

“Chuck called me one day and asked, ‘Do you know Filoli?’ I said I’d never heard of it. He replied that was the problem  — many Bay Area residents had never heard of what was a real local treasure. Being a jazz aficionado, it occurred to him that a series of jazz concerts on the grounds might introduce Filoli to more people.

“I had questions. Where exactly was it going to be held and who would do the sound? Who was going to contact the musicians and deal with their contract arrangement? Guess I was telling him that he needed a producer. That became me.

“Our first concert, a tribute to Duke Ellington, was on Father’s Day in June, 1991. We had no idea how many people would come, and it turned out to be one of those blustery and foggy June days. We ended up having to add chairs. And, seated on the left side of the stage was Louise M. Davis  — what an honor it was to have her there.”

While no longer involved as artistic director of the Filoli Jazz series — Merrilee Trost is this year’s producer — Bud plans to be in attendance when the first of the Sunday concerts takes place on June 24. “Just as Chuck envisioned, jazz did bring people to Filoli, many who then became members.

“I owe so much of my Bay Area career to him. He gave me opportunities and then totally got out of the way. For the radio show, little by little we grew and were able to expand beyond local jazz artists to national acts. I met so many of my heroes and got to spend time with them. And, it’s all because of Chuck.”

Bud has had the musical taste and energy to make everything he has touched “Magic.” He went to Michigan State, ya know.