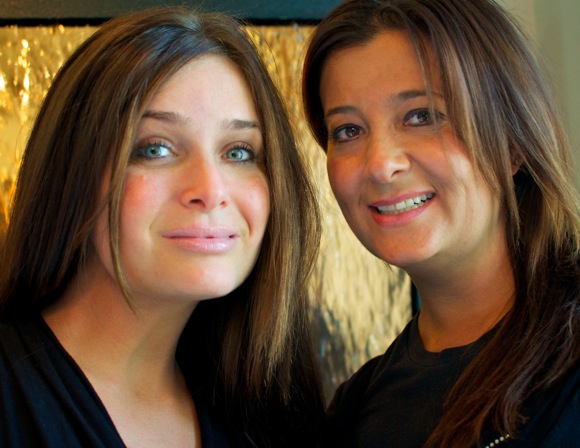 That sisters Eliana Silva (right in photo) and Viviane Shenk genuinely like each other is clear at first meeting. They’re the kind of duo who finish each other’s sentences and sit closely with great comfort.

They came to the U.S. from São Paulo, Brazil in 1996 but pursued different career paths. Eliana was more business oriented and got into marketing; Viviane was artistic and sought a career in interior design. At the back of their mind, they thought about being in business together.

That became a reality last year when they opened the first Samba Glow in downtown Palo Alto. In June, they added a second location on the Alameda De Las Pulgas in Menlo Park.

“We always wanted to have our own business and had experience in the cosmetics industry,” said Eliana.

“And, we never could find a place that did a sunless tan like we wanted,” said Viviane. “We kept thinking we could do better.”

The sunless airbrush tanning they apply is proceeded by a skin hydration. The applied spray tan lasts five to seven days, with many customers opting to tan for a special occasion or before a vacation. “We perfected it by working on each other,” said Viviane.

The sisters say they complement each other. “She’s more relaxed,” said Eliana about Viviane, who retorted, “Eliana over thinks. But even after working all day, we leave the stores and then call each other from home.”