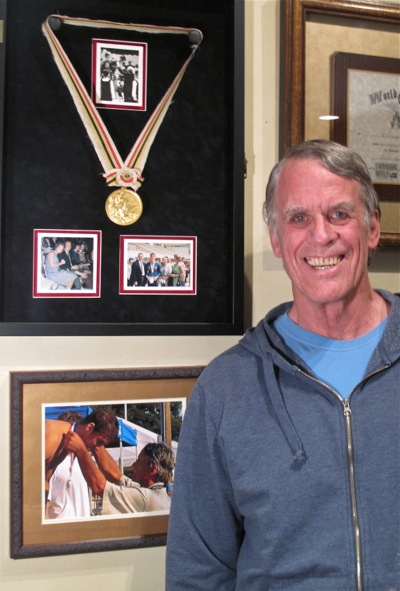 At this year’s Olympics, TV commentator Rowdy Gaines described the 400-meter individual medley — won at the 2012 Games by Ryan Lochte in a time of 4 minutes, 5.18 seconds — as “the most grueling event in swimming.” So imagine competing with acute appendicitis. But that’s what Dick Roth did when he won a Gold Medal swimming that distance and setting a World Record (4:45.4) at the 1964 Olympic Games in Tokyo. But, listening to the Menlo-Atherton High School grad (class of 1965) talk about his victory, it just may have come because of the attack — at least partially.

The “summer” games that year weren’t held until October. (The 1965 M-A yearbook notes that the always powerful water polo team lost the title that year due to Dick’s absence). Dick was 17 and admits the enormity of the Olympics hadn’t really sunk in when he headed off to the Games. “As a swimmer, you’re just looking at the next meet,” he remembers.

He’d been posting nationally-ranked times for only about a year when he made the Olympic team. At the Games, he experienced what he called “stomach pain.” He checked in with the Olympic nurse on duty, who called a doctor. Next thing he knew he was at the U.S. Army hospital in Tokyo.

“The diagnosis was acute appendicitis, but I said ‘no way I’m having surgery,'” he recalls. “Being just 17, I didn’t have the final say. I was kept in the hospital and prepped for surgery. They brought in someone from the Olympic committee and went looking for my parents, who were enjoying a day of sightseeing before the competition. 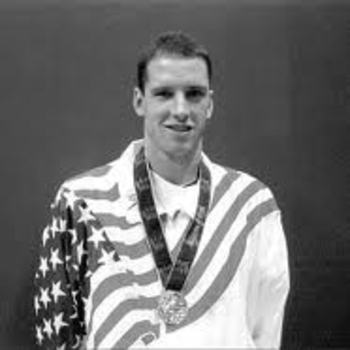 “By the time they found my parents, it was six or eight hours later. There I sat, fully prepped for surgery on the gurney. But by that time, things had stabilized.

“I begged them to let me swim. My parents wanted to give me the chance to swim. My mother was particularly strong-willed, shall we say. They called Dr. Robert Jamplis at Stanford. Jamp advised monitoring my white blood count and putting me on antibiotics. On a logical level, it must have been an incredibly difficult decision for my parents, but they let me swim.”

Dick swam in the trial heat during the worst of his appendicitis. “I was in a lot of pain and swam 15 seconds off my pace, but I qualified for the Olympics final,” he says.

This is where the “was-it-because-of-appendistis-story?” takes its turn. Dick was put into the infirmary where he couldn’t visit or talk with anyone. He didn’t eat any solid food.

“I did what’s common place today,” he recalls. “I started to swim the race over and over in my mind. I also got progressively better. The finals were two days after the trial and that gave me time to recuperate physically and psychologically.”

Dick says he remembers nothing about the swim and never did. “The best swimmers always swim through a curtain of pain,” he says. “You’re thinking processes don’t work very well.

“Swimming is a strange sport. When I’d be working out, if I could do subtraction in my head, I wasn’t swimming hard enough.” 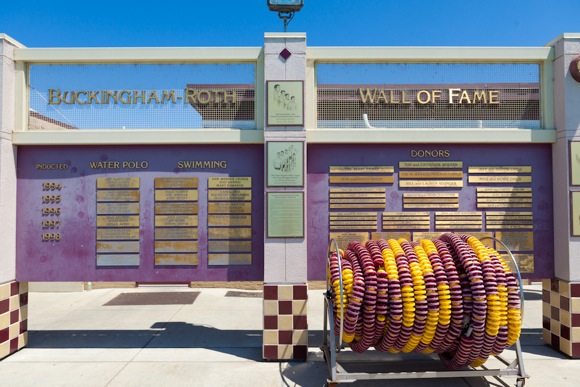 After M-A, Dick attended Stanford, where he got beat for the first time in years. During his sophomore year, he was on the team that won the NCAA title. “After that I didn’t have any desire to go on,” he says. “It wasn’t like today when you can make a living at it.”

There is a postscript to Dick’s story, and it’s commemorated in a plaque that stands next to the current Menlo-Atherton pool, which opened in 2001. Four years after Dick competed in the Olympics, another M-A grad, Greg Buckingham broke his World Record.

“I still marvel about it,” Dick says, “that two swimmers from the same neighborhood could go on to be best in the world. And I look back at the Buckingham parents, who had two boys with such extraordinary talent. Lindsay swam and played water polo, but he wasn’t a ‘real’ swimmer like his big brother. He was much more interested in records and playing the guitar. Their parents supported them both.” [Lindsey Buckingham is best known as a member of Fleetwood Mac, along with another M-A grad, Stevie Nicks. Greg Buckingham won a silver medal in the 200 individual medal at the 1968 Summer Olympics.] 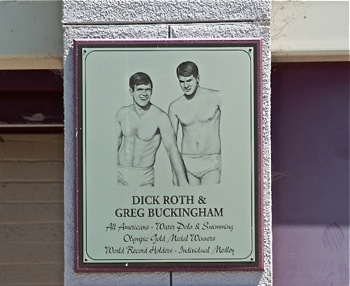 Today Dick says he doesn’t swim much, mainly because he really doesn’t like pools. “I loved working out in open water when I was a kid at Searsville Lake and Stevens Creek Reservoir,” he says. “And I still enjoy swimming in the ocean.

“Winning the Gold Medal did change my life. It led to absolutely amazing, wonderful things. But being only 17, I couldn’t help but think, ‘what’s next.’ It informed my life a lot. The drive I had to win Gold has always been there to call on. But sometimes self-expectations are high.”

Footnote: Subsequent to the 1964 Olympics, Dick had another attack of appendicitis and eventually had surgery by Dr. Jamplis. After graduating from Stanford, he ran a large chain of natural food stores in Santa Barbara during the 1970s; worked a half million acre ranch in Elko County, Nevada for another decade; and during most of the 1990s was a manager and workshop facilitator for the Covey Leadership Center, according to an author’s bio that accompanied a book he wrote on menopause titled No, It’s Not Hot In Here. He lives today in Park City, Utah, retired from what he describes as a “company that develops renewable power plants for utilities.”

Great article, even if it was accomplished without your trusty mild-mannered reporter.

We need to do Lindsey Buckingham and Stevie Nicks!!

Enjoyed your article, one little footnote….Greg Buckingham had a older
brother Jeff(1960 )who was an outstanding athlete as well. All league basketball player who won league scoring championship as well as outstanding swimmer in his own right.

So great to hear about Dick and Greg. I swam against Dick as early as 1963 in age-group competition in San Jose. Always looked up to him–and tried hard to beat him! And then I swam with both Dick and Greg at Stanford from 1966-68. Those were great years for Stanford swimming. Does anyone know anything about Coach Jim Gaughran?