For Wyatt Burnett, it’s about the voice, whether singing classical or musical theater 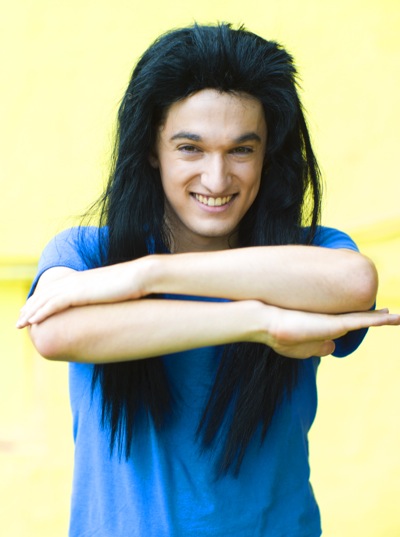 Singing has been a near life time pursuit for Menlo Park resident and M-A grad Wyatt Burnett – who recently headed off to New York to attend Wagner College where he’ll pursue a BA in Theater Performance after spending six weeks at Stagedoor Manor in the Catskills this summer. But his field of study is not what he once thought it would be.

“I started choir when I was six or seven, singing with both Ragazzi and Cantabile until my voice changed,” he recalls. “I took private classical voice lessons and performed in shows with Peninsula Youth Theater.”

Voice teacher Amy Heumann started working with him when he was 12. “His voice had changed, and there were big holes and cracking at certain spots,” recalls his mother Lisa Burnett. “But she always felt he had a classical voice.”

Last summer, in preparation for college auditions, he attended Stagedoor Manor and the Boston Conservatory Vocal Intensive where the emphasis was on classical songs. His intent was to look at colleges that offered a Bachelor of Music, a rigorous music curriculum similar to a conservatory program. But, a course correction occurred when he went to the Musical Theater University in Orange County and was cast as Melchior, the lead character in Spring Awakening. 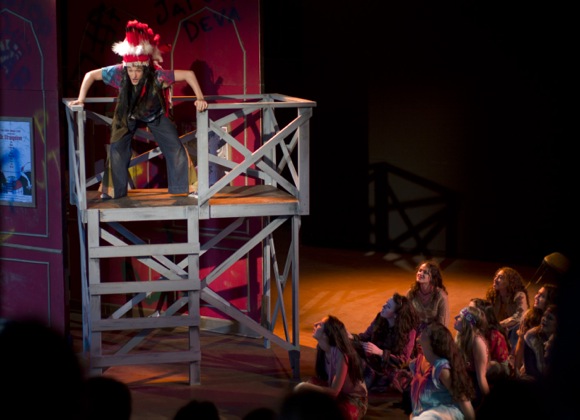 He was hooked. “When he returned and it was time to start preparing for auditions, Amy helped him build a musical theater repertoire,” says Lisa.

This summer at Stagedoor he was cast as Hud in Hair (pictured) and was part of the ensemble in Bare. “I had more fun being in the ensemble but that may be because we were a much closer cast,” he says.

At Wagner, he’ll initially tackle general ed requirements, although he has one acting class. “I’m open to seeing what happens,” he says. “I hope to one day make a living performing, but I could see myself pursing back stage things as well.”

Photos of Wyatt Burnett performing in Hair by David Burnett