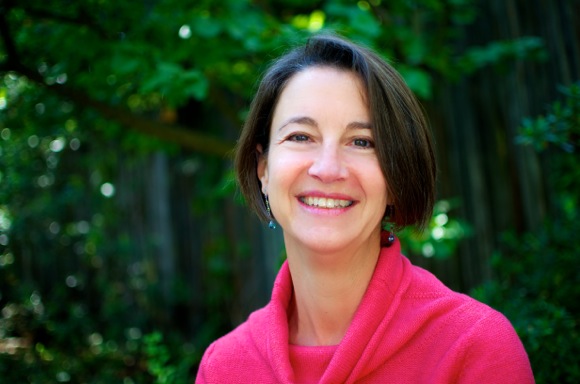 Even with her mother and sister’s long involvement with Planned Parenthood, Karen Grove admits she spent many years “complacently pro choice.”

“When my kids were young, I figured my volunteer contribution would be small and local,” she said recently, sitting in the living room of her Menlo Park home. “Initially, it was the Iraq war that expanded my world view. I realized my son could be drafted.

“Around the same time, someone gave me a DVD of Dorothy Fadiman‘s documentary, From the Back Alleys to the Supreme Court & Beyond. It describes not only how bad things were when abortions were illegal but also showcases the doctors and legislators who were early heroes — and the sacrifices they made. I realized I couldn’t take for granted what these people had fought for. I had to help make sure women would continue to have reproductive rights.”

Today Karen is Board Chair of Planned Parenthood Mar Monte, based in the South Bay, as well as active in advocacy efforts of Planned Parenthood Affiliates of California. She’s spent a lot a time with her feet on the street — holding a placard in front of Kepler’s, handing out flyers, and hosting house parties.

“In terms of service, what Planned Parenthood does is provide health care for poor women and teenagers,” she said. “We help support family health through sex education, prevention and empowerment. Abortions make up only 3% of what we do, even though that’s what’s discussed, given the political environment.”

Karen believes that women’s health issues are in balance like never before. “Elected officials matter a lot,” she said. “Who we elect at every level — local to national — matters. The Presidency is the most important because of the President’s power to make Supreme Court appointments, the body that defines our rights and laws. In the upcoming election, it’s not only about the legality of abortion but also about access to birth control.”

Working with Planned Parenthood has informed Karen’s life in both expected and unexpected way. “It’s exciting to be a part of PPMM because the organization — it’s people — are so smart, strategic, innovative, and courageous,” she said. “We are able to make a difference locally that can often be duplicated in other areas of the country.

“Thinking and talking about reproductive and sexual health, rights, and justice provides each of us a chance to better understand our own values and helps us form strong connections to others, rooted in those core values. The ‘others’ might be friends, neighbors or public officials — or they could be our own children navigating their way towards adulthood. It’s all important.”

Along with other local woman, Karen is co-hosting a fundraising breakfast for Senator Clair McCaskill at an Atherton home on Thursday, Oct. 11; women interested in attending can call Becky Cordero at (650) 743-8036.

And this Thursday, Sept. 27, she’s involved in a fundraiser for Dr. Ami Beri, a “pro-choice physician running for Congress against 100% anti-choice Dan Lundgren in the Sacramento area,” she emailed. That event will take place at the Democratic Volunteer Center in Menlo Park (350 El Camino Real) from 5:30 to 7:30 pm; reservations/tickets are available online.