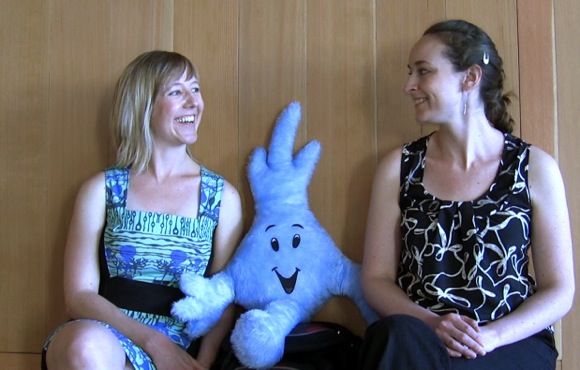 Both the seeds of science and creativity got planted early for Dr. Erica Warp, thanks in part to great teachers at La Entrada and Menlo-Atherton High School. Earlier this year, they bloomed with the founding of Kizoom, an interactive media company that is launching its first electronic activity book about the brain, featuring Ned the Neuron, this month. The app is available for iOS and Android touch tablets.

Erica serves as Kizoom’s CEO along with co-founder Jessica Voytek, who is CTP.  They plan to create a range of electronic books, games, and activities that make the science and biology of the brain accessible for elementary age children and entertaining for adults.

“The brain is fascinating, awe-inspiring and integral to our daily lives,” says Erica. “The subject of neuroscience, however, is rarely taught to kids before college. We think this is a missed opportunity, both from a business and societal perspective. We are doing our part to help educate the next generation about the brain, and at the same time promoting playfulness, creativity and fun in science education.” 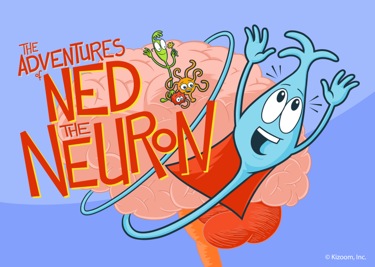 Erica describes herself as neuroscientist, artist and educator and connects all three to the time she spent growing up in Menlo Park. “All the schools I attended placed such an importance on education,” she says. “Add to that growing up in an area known for its entrepreneurship. Both my education and environment made it possible for me to think I could start a company like this.”

In particular, she recalls  three teachers. “My fifth grade teacher at La Entrada, Mr. Martin, was so creative,” she recalled. “We did plays and all sorts of projects that kept things interesting. And I had two amazing biology teachers, Mr. Ungerleider at La Entrada and Mr. Ogren at M-A. The latter had us dissecting sharks and cats and even a human cadaver. It freaked me out at the time but was also helped cement my interest in biology.”

Erica studied biology at Brown University (class of 2000) where she became fascinated with the cellular world and neuroscience. For four years after college, she produced biology-inspired artwork and showed her work in the US and the UK.

Five years ago, Erica made a stuffed blue neuron named Ned (pictured between Erica and Jessica) as an outreach tool to teach kids about cells, neurons, and the brain. Since then, she has developed a world of neuron characters that are fun and engaging, but strongly rooted in biology.