The Mix yogurt shop in Menlo Park is closing 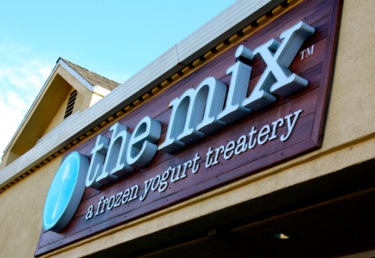 The Mix, a frozen yogurt treatery on the Alameda, will be closing on October 19 at 10:00 pm. Voted “Best Frozen Yogurt/Ice Cream” in 2010 and 2011, and ranked number one in Nicky Hug’s recent frozen yogurt review, the Mix will be largely missed.

The Mix was created and operated by a strong co-manager partnership of Susannah Albright and Jamie Schein, with the goal of creating an inviting hangout spot in West Menlo. Given the cohesiveness of the partnership, Albright’s recent move to Florida presented challenge for Schein to operate the shop as a sole-proprietor.

“We divided responsibilities between the two of us with Mrs. Albright responsible for our finances and inventory, and me responsible for marketing and staffing the shop,” Schein explained, “and we both know that this type of partnership is hard to duplicate.”

The managers were approached with a business offer that they were pleased with, and decided to accept the proposal, rather than beginning the hunt for a new partner to fill in Albright’s spot.

Unfortunately for us froyo-fanatics, Schein does not plan on opening another retail shop similar to the Mix. She instead plans to continue serving her community in other ways, which was the primary objective of creating the Mix.

On the 19th, the final day of business for the Mix, there will be a special offer to buy a medium yogurt, which will come in a commemorative Mix mug, but until then, the business will operate as usual.
Schein and Albright want the public to know how grateful they are for their support, especially to the 26 M-A students who have served as employees along the way.

Author Samantha Henze, who also took the photo, is a student at Menlo-Atherton High School.

Oh no! Love The Mix and what they brought to Menlo Park. This makes me sad, but I want to thank them for the support they offered to our community and mostly to our local schools. Their delicious yogurt that will be sorely missed.

Thanks for running this nice article.
We so appreciate everyone’s support over the past three years!