“How can we keep from singing” is theme of St. Bede’s concert on Feb. 16 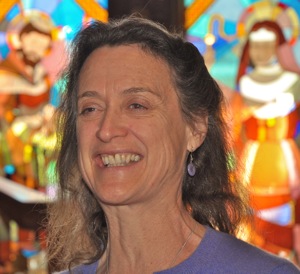 The choir of St. Bede’s Church in Menlo Park, co-directed by Jane McDougle and Marsha Genensky, is performing a concert of American songs of faith from across three centuries on Saturday, Feb. 16 at 7:30 pm. Emails Jane: “Our program will include psalm tunes from the 18th century; folk hymns and revival songs from the 19th; some very early gospel songs, and some more recent arrangements. While we hope to share some less familiar songs, we also will have some well-known ones for you to sing with us!”

This will be Jane’s last concert at St. Bede’s. She will take over as vicar of Holy Innocents, San Francisco on March 1. “I’ve been at Bede’s since 1991 (golly…),” she says.  “I began as Children’s Choir Director and teaching a music class at Trinity School (until 2012). I became Music Director in 1993 and was ordained in 2005.”

The concert is free, although donations are accepted. A reception follows in the parish hall. St. Bede’s is located at 2650 Sand Hill Road in Menlo Park.

Photo of Jane McDougle taken by Chris Gulker in 2010