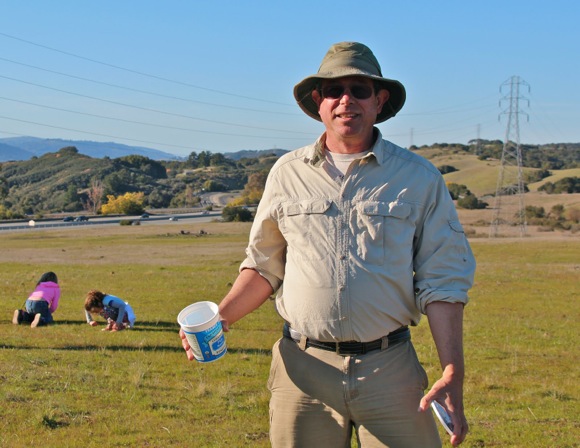 Conservation biologist Stuart Weiss (pictured above) first roamed the hills of what is now Edgewood Park when he was an undergrad at Stanford, producing his honor thesis on the area. Later he became involved in saving the land from becoming a golf course. Now, in activities that help celebrate the Park’s 20th anniversary, he’s working to re-introduce a species he once observed, the Bay Checkerspot Butterfly.

“I’d monitor the Checkerspot more out of interest than study,” says Weiss, who received his PhD from Stanford in 1996 and now heads a small consulting firm in Menlo Park, Creekside Center for Earth Observation, that does restoration and conservation planning. “Edgewood had the last Checkerspot population on the Peninsula. From 1997 to 2002, I watched the population collapse and go into extinction.” 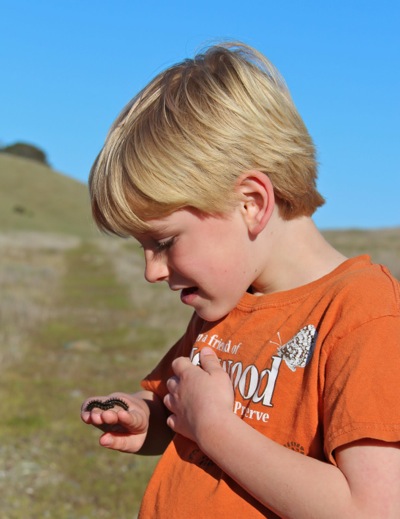 The main cause, Stu was to discover, was automobile emissions from the cars along highway 280, adjacent to the Park, which, he explains “fertilizes the grasslands with excessive amounts of nitrogen.”  That results in grasses growing over shorter wildflowers like the Dwarf Plantain, which is caterpillar food.

“We’ve since figured out how to manage the habitat by mowing,” he says. “A well-timed mow in the spring basically knocks the annual grasses back. By taking off the seed heads, there would be a further reduction the following year.”

Seeing the positive effects over the past five years, Stu and others tried to reintroduce the Checkerspot in 2007 by releasing 1,000 caterpillars. That proved to be one of the driest years in a century, and their efforts failed.

“This year we estimate there are 3,000 out there,” he says. “And we brought in another 5,000 this month [Feb. 21 and 24]. It’s very exciting, and lots of groups worked together to make it happen. In an era when species are continuing to disappear, we must get much more active.

“Nitrogen overdose is a world wide problem that’s gotten very little attention compared to climate change, but it’s documented to be  a much more immediate threat to biological diversity. We have a nice little microcosm at Edgewood to show what causes it and what we can do about it.” 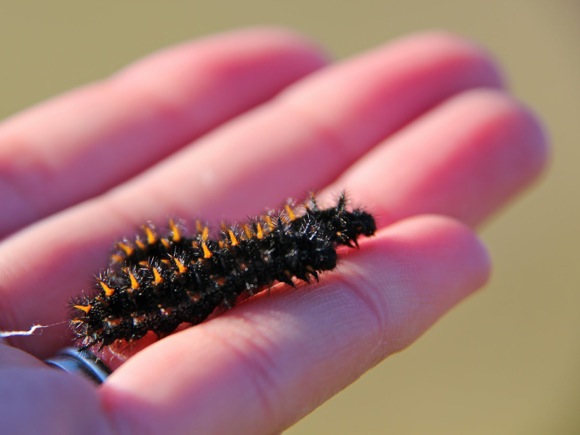 Both events require reservation through the Friends of Edgewood Park website.