Then and now: The evolution of the Menlo Park Fire Protection District 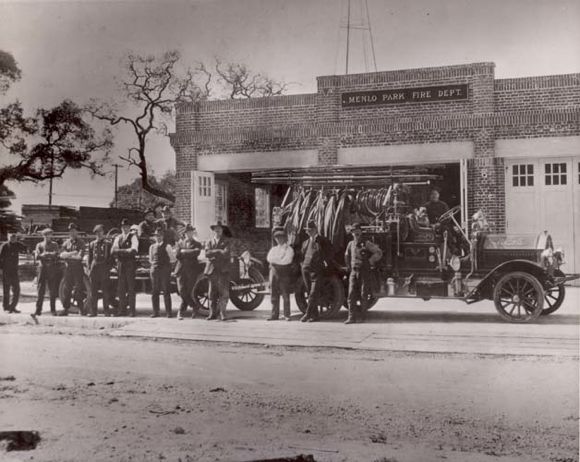 As the 20th century began, the informal village that had grown up around the Menlo Park train depot had an organized group of volunteer firemen who operated a horse drawn hose wagon that was kept in a small wooden structure at the end of Santa Cruz Avenue.

Continued growth in the area led to the establishment of the Menlo Park Fire Protection District in 1916 (11 years before the incorporation of the City of Menlo Park), which ushered in the modern era of professional – i.e., salaried — firemen. By 1918 a brick firehouse was completed at 1077 Merrill Street, which was directly across Merrill from today’s Model Train Club building. The authorities at Camp Fremont may have assisted in the funding of this structure, as well as the purchase of new fire-fighting equipment.

This firehouse was in use until 1955 when the new Headquarters Station on Middlefield Road was completed. At the time it was finally demolished in the 1980s to make way for Menlo Center, the old firehouse building was the home of Dieter’s German Car Repair. Menlo Center today houses Kepler’s Bookstore and Café Borrone as well as parking and offices.

Based on the uniforms and the fire engines, the photograph of the firehouse shown here appears to be from the 1920s.

Here’s a photo looking at the front of Menlo Center today from the El Camino Real side – home of Cafe Borrone, Kepler’s Books, and more. 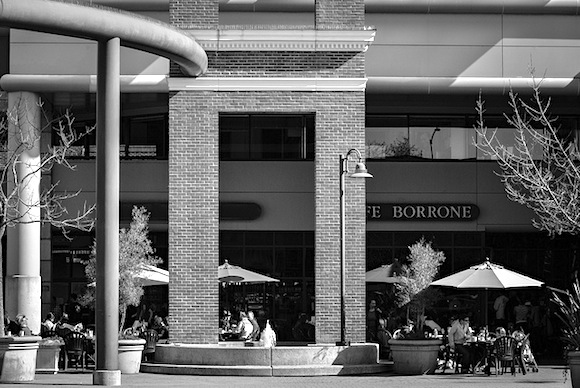