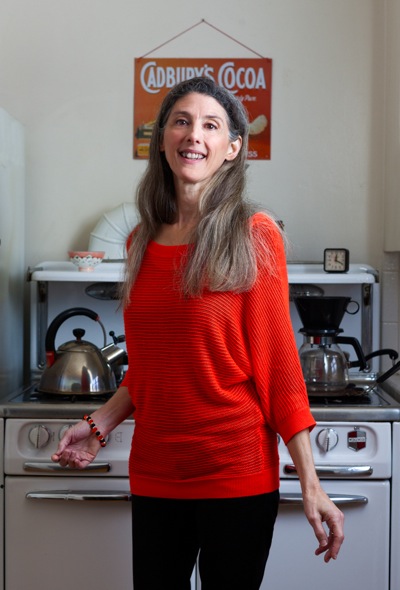 Marsha Genensky has long been passionate about singing. “I always made weird noises,” she says, “and grew up singing Joan Baez, Kingston Trio, Joni Mitchell. As an undergrad, I studied music and folklore. But as a grad student, I decided I wanted to sing rather than watch people sing.”

She’s been doing just that since 1986 as a member of Anonymous 4, a female quartet whose programs have included “music from the year 1000; the ecstatic music and poetry of the 12th-century abbess and mystic, Hildegard of Bingen; 13th- and 14th-century chant and polyphony from England, France, and Spain; medieval and modern carols from the British Isles; American folksongs, shape note tunes, and gospel songs; and works newly written for the group.”

Each program requires not only rehearsal but also research into the music. “Much of our work is in languages that nobody knows, like singing in Latin with a 13th century French accent.”

Anonymous 4 now takes up about 50% of Marsha’s time. She’s also a member of Ensemble SPAM, which she describes as a “fun group with fabulous people who happen to live here and happen to be friends.” That group, featuring Shira Kammen, Peter Maund, Allison Zelles Lloyd, and Marsha, will perform as part of Art at St. Bede’s in Menlo Park on Saturday, April 20 at 7:30 pm.

The day of our visit to her Menlo Park home, Marsha was wearing orange and black, and she wanted us to know why. It was the result of her newest passion, the San Francisco Giants, who she’s been following for the last eight years or so.

“I grew up in Southern California and never watched baseball at all,” she says.”But, we moved here and it was my husband’s family tradition. The first time I went to AT&T, it was like being reborn. I love our guys and that includes the fabulous broadcasting crew. They create such a great feeling of family.”

To one question, Marsha did not have an answer: Why hasn’t she been invited to sing the Star Spangled Banner before a Giants game? Which leads us to inquire: Where are you, Giants community relations staff?