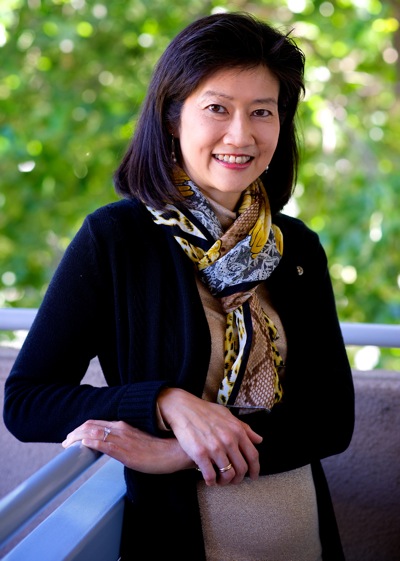 For 20 years, Menlo Park resident Michelle Tsui worked as a software engineer specializing in 3D graphics. So that she’s not only a small business owner but is chairing a Rotary Club of Menlo Park fundraiser are both bit of right turns.

“When my twins were born [now 15], the economy was booming and I could name my terms, so I continued working,” she said. “About the same time, I started shooting videos of the kids. When the economy soured, a friend suggested we start a business making family videos, so My Director’s Cut was born.

“He went on to do other things but I’ve been doing this for 10 years now. I got involved with Rotary to help expand my business. But there’s a saying: ‘You join Rotary because of the business connections but you stay because you’re making a difference in someone’s life.” 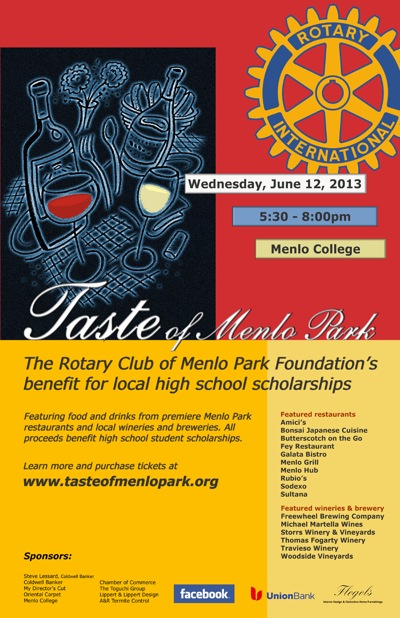 As chair of the inaugural Taste of Menlo Park, which will be held on June 12 at Menlo College, Michele is busy coordinating the featured restaurants, wineries and breweries as well as keeping an eye on ticket sales, which have been robust. “We’re telling people to get tickets as soon as possible as it looks like it will be a sellout,” she said. Tickets can be purchased online.

What’s important to Michelle, as well as other Rotarians, is that 100% of the profits from the event will go to college scholarships provided by the Rotary Club of Menlo Park Foundation. Twenty four students received $87,000 in scholarships at a ceremony held at Menlo Atherton High school on May 21.

“I was lucky enough to interview the female candidates for the math and science scholarships this year,” she said “What an amazing group of talented young women. That’s the main reason I raised my hand when they asked someone to chair this new event.”