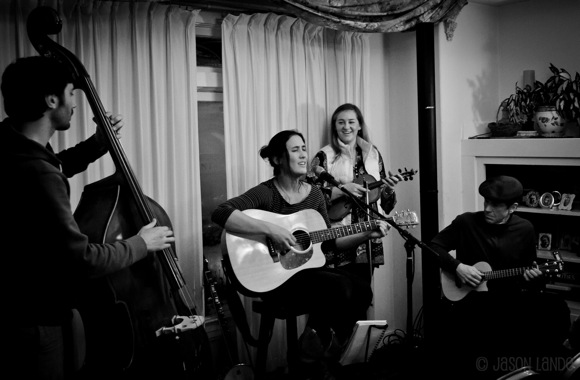 Menlo School graduate Megan Keely is celebrating the release of her new album of songs recorded this winter in Nashville with a concert on July 12. The album, Deciduous, becomes available on iTunes that day and is available for pre-order now on Megan’s website. The concert takes place at The Chapel (777 Valencia) in San Francisco. Doors open at 8:00 pm; advance tickets are available online. Megan will play  at 9:00 pm, followed by Jessie Bridges, who is also releasing her first album that night.

InMenlo: When did first realize you wanted a singing career?

Megan: I remember when I was a very little girl, the first time I lost my voice. I kept talking and talking despite the raspiness, so someone told me,  “If you keep talking like that, you could lose your voice forever.”  I
think that made me cry, because I was scared I wouldn’t be able to become a singer some day. So according to that vague memory, I think I realized it at a pretty young age, despite the fact that I didn’t get up the courage to sing publicly until I was 18.

InMenlo: What led you to go to Nashville?

Megan: I had passed through Nashville with my family on my first cross-country tour in 2011, and instantly fallen in love with the place.  There is a  rich songwriting community there, unlike any other music nexus.  So when I decided I needed to send myself on a little songwriting/recording  trip, Nashville was an obvious top choice.  I reached out to a  Nashville-based friend and fellow Menlo alum, Brittany Haas, who recommended I call Erick Jaskowiak if I wanted to schedule any recording time. Next thing I knew, I was in the studio for a week straight  with Brittany, Erick, my brother Brandon, and a whole bunch of other fantastic musicians.

InMenlo: What kind of music do you enjoy singing the most?

Megan: My absolute favorite thing is to sing three-part harmony.

InMenlo: What can people who come to see you on the 12th expect to hear?

Megan: Our show on the 12th will be a great sampler of the new music.  My Dad and  brother will accompany me, joined with our fiddler friend Antja  Thompson. Our music will range from intimate ballads to upbeat
foot-stompers, so listeners should be ready for a variety.