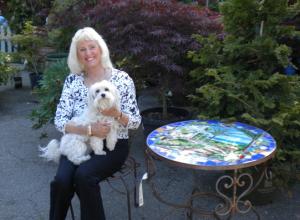 Sally Halstead, owner of Roger Reynolds Nursery and Carriage Stop in Menlo Park, sent out this message to customers yesterday:

“It is with a heavy heart that I announce that after 97 years in the same location serving the residents of Menlo Park and the surrounding communities, Roger Reynolds Nursery & Carriage Stop has closed its doors for the last time.

“This has not been an easy decision. Despite all our efforts since the severe economic downturn of 2008, our business has been unable to adequately recover.

“I thank the generations of loyal, faithful customers who have supported the Roger Reynolds tradition these many years. On behalf of my family and staff, I thank each and every one of you for being with us. Your patronage and support has been most valued and appreciated. Thank you!”

So sorry to see this wonderful community resource close it’s doors. The staff and workers there have always been helpful, knowledgeable, and friendly. I live close by and have enjoyed walking through the grounds with my autistic daughter who has always been warmly welcomed, a rare and wonderful thing.You will be missed.

One of the best resources on the Peninsula; knowledgeable staff, good stock and great variety – including the occasional exotic. Will be missed by so many dedicated gardeners.

So many wonderful memories. Mahalo

couldn’t they have had a “going out of business” sale?

I feel so saddened by the closing of the Carriage Shop and Nursery. A beautiful place to wonder about and feel so happy with all the beautiful flowers and gardens. Sally and her staff were always there to accommodate all the customers. Her Christmas tree decorations each year, were so fun to see.Her beautiful artistic ways will surely be missed. With love and a very big thank you to Sally and her staff, for all the years that Roger Reynolds was open.

What is going to happen to all the plants? I drove by today and they are all still there?

So sorry to see you go since we have been patrons for 4 generations.

is sad to hear that but Gary , Steve and Antonio made this happen ,they destroy this beautiful place , ….

Hope they gave their employees PLENTY of heads up before they closed their doors. Lots of them had been there for years!!!

I’m heartbroken that our community is losing Roger Reynolds. I wish something could be done, along the lines of the all-out effort that saved Kepler’s, to preserve this amazing place. It’s really tragic to see such a wonderful store close its doors.

The closing of such a fine assist to the community is a crime. I wish the nursery had let the community at large know they were struggling. I know for one I would have gone out of my way to buy plants and push all my friends to do the same. If the community at large keep letting the business which are institutions die our wonderful towns will also die and we will just become another LA.

I was shocked and saddened to hear this bad news. Roger Reynolds Nursery has been my “go to” place for plants and advice since I moved to Menlo Park in 1967. They have always done a wonderful job of giving good advice and providing us with beautiful plants.