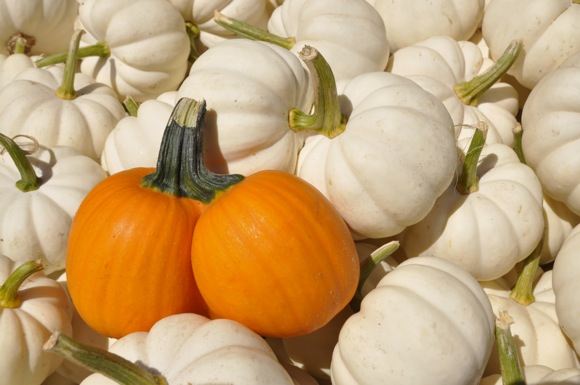 The soft opening of the annual Webb Ranch Pumpkin Patch on September 13 answered more than one need. In addition to picking out pumpkins for carving and adorning front porches, patrons can purchase Ranch tomatoes and corn at the produce stand, which didn’t open for its usual summer-to-fall run last May. 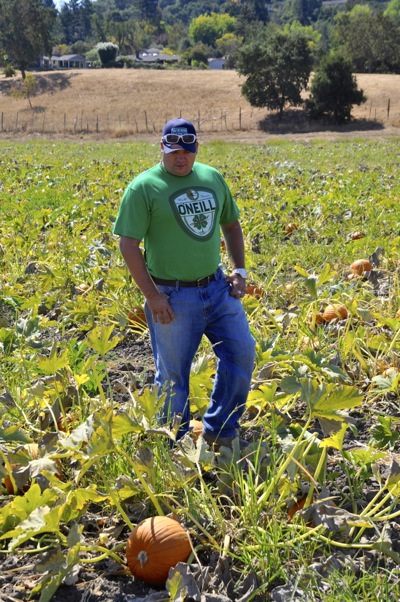 “Yes, I’m seeing a lot of familiar faces,” said Deano Lovecchio, before we headed out to the pumpkin fields. “Our arrangement selling corn and other ranch-grown products at Bianchini’s has worked well for us, but we miss the face-to-face visits.”

The Ranch grows about 30% of the pumpkins it sells at the produce stand. This year the acres planted with pumpkins expanded from six to 12.

With Deano, we looked at the progress of the Howdens, known for their deep orange color and sturdy, curved tops. The Big Papas and the Polar Bears, which are white, weren’t quite ready for picking but will eventually weigh in around 30 pounds.

As for minis he said the Ranch seems to have ideal soil  for growing ghost pumpkins. “I wish I could take credit for them but they just seem to thrive here on their own and are particularly white,” he explained.

The Webb Ranch produce stand — located on Alpine Road at 280 — well stock pumpkins as they ripen. According to Deano, full operations, including haunted house, hay, train and pony rides, jumpy house and face painting, will be in place by last weekend of September.