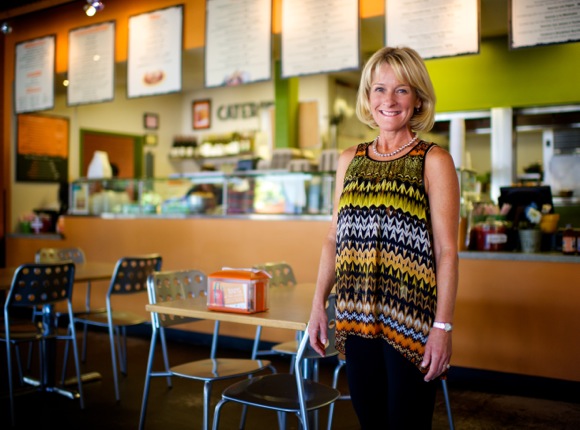 At this point it’s getting to be Menlo Park lore to remember what preceded LuLu’s on the Alameda. Known for its “comida fresca” and “salsa caliente,” the now longtime popular eating spot serves up fresh home-style Mexican cuisine. But before the locals began lunching at LuLu’s or grabbing soft tacos and a chopped salad to go, a tennis store held court on that corner.

Back in 2004, Natalie Richardson had her eye on the Alameda to open a small restaurant: “There’s something about this street that just felt right.” Unfortunately, there were no available properties. “I was standing across the street,” Natalie points to the kitty corner of Alameda & Gordon, “and my cell phone rang.”  Her girlfriend had just gotten a flyer in the mail and relayed seven words that changed Natalie’s life: “Top Spin is having a moving sale!”

Natalie scampered across the street, confirmed Top Spin was indeed moving and left the tennis store with the property owner’s name and number. It took a year to put all the pieces together, but in March 2005, LuLu’s on the Alameda opened its doors. 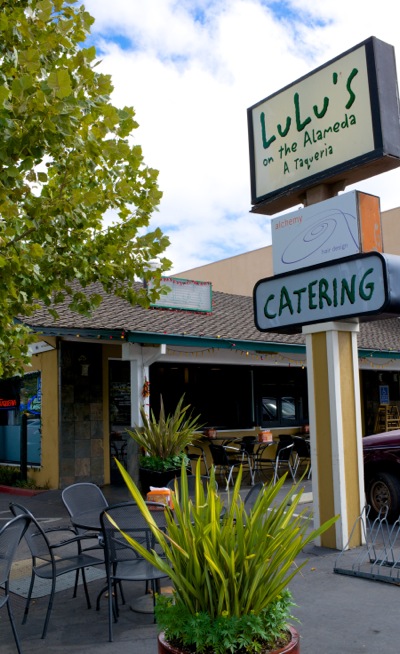 Even with the passage of time, Natalie doesn’t romanticize that first year in business. “It was so hard, it was so scary,” she said. “The first three months we hardly slept or ate.” Natalie recalls long days focused on “how to get the food out,” staffing, pay roll and a frequently glitchy POS system — layered on top of raising three children, all in the Menlo Park school system, with her husband, Bracken.

Back then, she couldn’t have even processed the idea of more LuLu’s—expansion. “I wasn’t looking for a second location,” she said. But after a few years of “steady” business, her phone rang. This time it was the property owners at Town & Country Village in Palo Alto. According to Natalie, they were renovating, looking for new restaurants, and said, “We want to talk with you.”

LuLu’s at Town & Country Village opened in 2009, followed by LuLu’s on Laurel in San Carlos in 2010 and LuLu’s on Main Street in Los Altos in 2012. “Each location has been calls from outside, property owners calling me,” said Natalie.  In each case, the space “felt right.”

And this time, Natalie isn’t waiting for the phone to ring. In fact, she has already started her search for the next LuLu’s location. “I’m envisioning one more restaurant, hopefully, by next year or 2015, and this is the exciting thing: I’m starting to look in the East Bay, possibly Walnut Creek,” she said. “I feel like I’m ready to do that. My team is ready.”

Whether it’s one, four or someday five restaurants, Natalie says LuLu’s remains committed to serving the highest-quality, freshest ingredients: “We buy the same natural meat, we buy the same produce, nothing comes out of a can, the corn is all off cobs, no canned tomatoes. We haven’t changed, and we will never change.”

Also not changing is LuLu’s commitment to the local community. “It’s really important as a business owner, for me, to give back,” said Natalie. The restaurant’s newest initiative is its “Chip In for Education” fundraiser. Anyone swinging by for fish tacos or carnitas can also pick up a signature LuLu’s reusable shopping bag. According to Natalie, “we’re selling the bags for $5, and all the proceeds, 100% of the profits, go to the local educational foundations.”