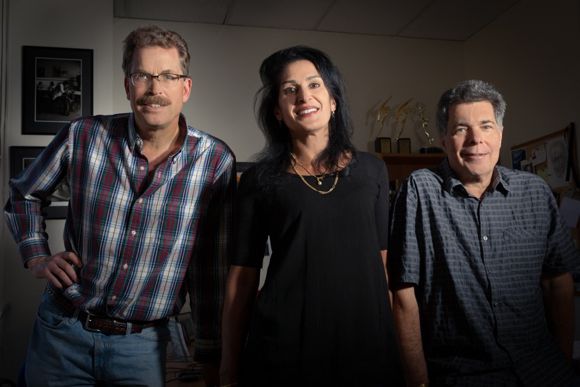 Among the 70 films to be screened this year at the United Nations Association Film Festival, which runs through October 27, is Extreme by Design by Menlo Park-based filmmakers Kiki Kapany and Michael Schwarz of Kikim Media and Portola Valley resident Ralph King of Hawkview Pictures. The documentary will be shown on Oct 26th at 4:00 pm at the Annenberg Auditorium, Cummings Art Bldg, Stanford University.

“We are so honored to be included in the UNAFF, whose mission statement resonates so strongly with what we believe in and try to produce films about,” said Kapany (pictured above, middle). “We hope our film will change the lives of many people in the world, so that they can change the lives of those less fortunate.”

The film captures the experience of 40 students from Stanford’s Institute of Design school as they design and build products that could save thousands of lives in Bangladesh, Indonesia and other developing countries they visit. The students use the “Design Thinking” approach being taught in a class called Design for Extreme Affordability. The student teams, from multi-disciplinary backgrounds, apply freewheeling design methods, drawing on methods from engineering and design. They combine these with ideas from the arts, tools from the social sciences, and insights from the business world.

“I’m glad that UNAFF is spotlighting the next generation of social problem solvers,” said King (pictured, left).”Social entrepreneurs in our film — and everywhere — are my heroes. They’re not waiting for someone else to address basic needs of the world’s poor. They’re rolling up their sleeves and figuring out what can be done right now for people who live on $2 a day.” 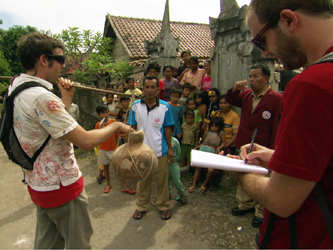 Added Michael Schwarz:  “UNAFF has a long track record of showing extraordinary stories about life-saving work around the world. We are very proud that this year they have chosen to feature Extreme by Design, which highlights a design and teaching process that has already saved thousands of lives.”

This is the 16th year of the UNAFF, which was established in 1998 to honor the 50th anniversary of the Universal Declaration of Human Rights. In addition to the annual film festival, UNAFF organizes panel discussions, initiates programs that address children, students and seniors, and creates a traveling festival which keeps the films alive well beyond their initial festival showings.

This year’s theme is Individual to Universal. Films will be screened in various Bay Area locations including Palo Alto, Stanford University, East Palo Alto and San Francisco. A complete schedule is available online.